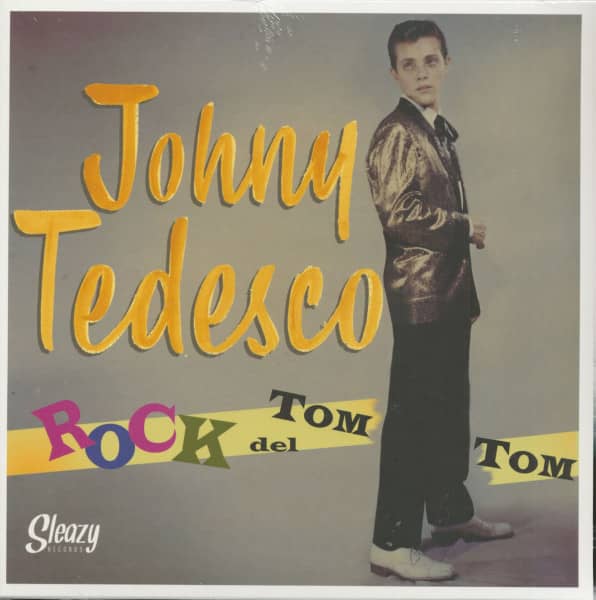 (Sleazy) 16 tracks
Johny Tedesco, the boy of the pullover, the Argentine idol of the rock'n'roll, this young boy has devastated in all the South American continent.ano with his fabulous way to approach the rhythms that Bill Haley or Elvis Presley have popularized in North America for all the world.

On this LP some of his great songs are collected from 1960 to 1964, including some not very well known rarities of his elope like part of Los Red Caps.

Let go of your feet and move your waists to the frenetic rhythm of the 'Tom Tom Rock' by Johny Tedesco!