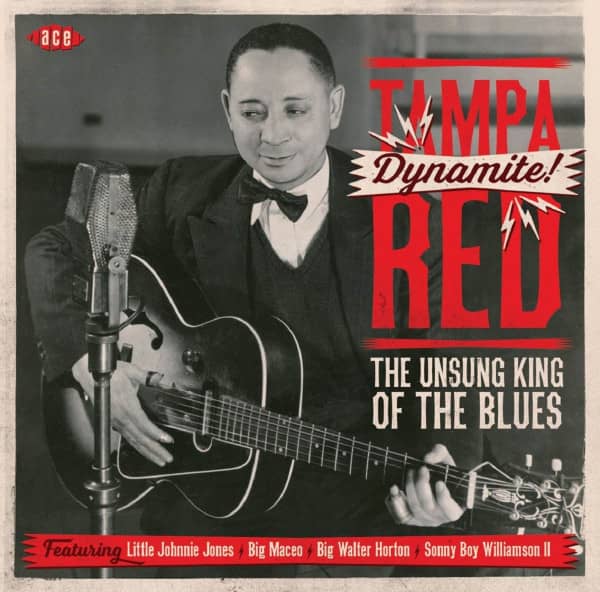 Tampa Red: Dynamite! The Unsung King Of The Blues (2-CD)

(2015/Ace) 50 tracks. Tampa Red’s later recordings for RCA Victor (1945-53) have never been officially reissued on CD and rarely on LP, yet are a crucial element in the post-war blues canon. Many of his songs were covered by B.B. King , Muddy Waters and other top bluesmen. Features the majestic piano of latter-day Elmore James sideman, Little Johnnie Jones, and includes the harmonica of Big Walter 'Shakey' Horton and Sonny Boy Williamson II.

Long before he switched to an electric model sometime in the 1940s, Tampa Red was billed as 'The Guitar Wizard.' That's how precise and rich his bottleneck stylings were; Red's pre-war waxings deeply influenced Robert Nighthawk, Muddy Waters, and Elmore James. He acted as something of a godfather to the entire Chicago blues scene during the 1940s, when his home at 35th and State was an unofficial clubhouse for the city's greatest bluesmen to hang out and jam while powerful A&R man Lester Melrose monitored the party for fresh talent.

Born Hudson Woodbridge in Smithville, Georgia, possibly on January 8, 1903 (several other birthdates have been proffered), he adopted the surname of Whittaker from his grandmother as she raised him in Tampa, Florida. Influenced by his older brother Eddie's Spanish guitar technique, the light-skinned Red took up the instrument too. He was playing the streets of Chicago by the mid-'20s, then teamed with pianist Georgia Tom Dorsey. Their ribald romp It's Tight Like That sparked a national hokum craze in 1928, and the duo waxed prolific until Dorsey got religion in 1932 and reemerged as Thomas A. Dorsey, gospel music pioneer.

Red remained an extremely popular solo artist after that, hooking up with a series of talented pianists (Black Bob, Blind John Davis, Big Maceo, Johnny Jones) and churning out hundreds of sides for Bluebird and its RCA Victor parent label from 1934 to 1953. A fair amount of his songs became standards: Black Angel Blues, Love With A Feeling, Anna Lou Blues, Don't You Lie To Me, It Hurts Me Too, Let Me Play With Your Poodle, She Wants To Sell My Monkey. Less beloved was Red's insistence on blowing kazoo solos instead of uncorking his pristine slide.

Midnight Boogie, waxed November 7, 1950 in Chicago with Jones on piano, Ransom Knowling on bass, and drummer Odie Payne, catches Red in an electric mood, the ensemble reflecting the changes then infiltrating Chicago's blues sound. When Red left RCA, it nearly ended his recording career. The passing of his wife affected him deeply, and by the time he made a couple of solo albums in 1960 for Prestige's Bluesville subsidiary, his time had passed. Red's last days weren't happy ones; the Guitar Wizard died on March 19, 1981 after long years in a nursing home. 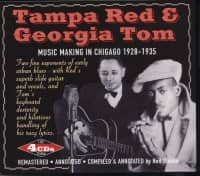