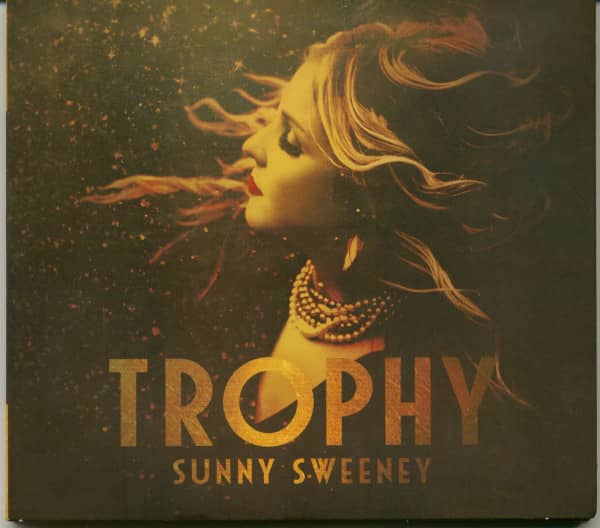 (2017/Aunt Daddy) 10 tracks.
Sunny Sweeney is the party and the morning after. She's the quip that makes you laugh and the truth that makes you cry, the devil that's egging you on and the angel whispering that you aren't alone. But those compelling contradictions aren't what's most interesting about Sweeney: it's the depth and brazen authenticity she brings to all her roles that grabs you and won't let go. Produced by Grammy nominee Dave Brainard (Brandy Clark's 12 Stories) and recorded at Sound Emporium and Decibel Studios in Nashville, Trophy goes 10 songs deep without a single throwaway line. While Sweeney wrote with her longtime favorites including Monty Holmes, Buddy Owens and Jay Clementi, she has expanded her circle of collaborators in recent years. Lots of time writing with Lori McKenna, Caitlyn Smith, Heather Morgan, and others resulted in a deck that's refreshingly stacked: most of the songs on the album were written by women.