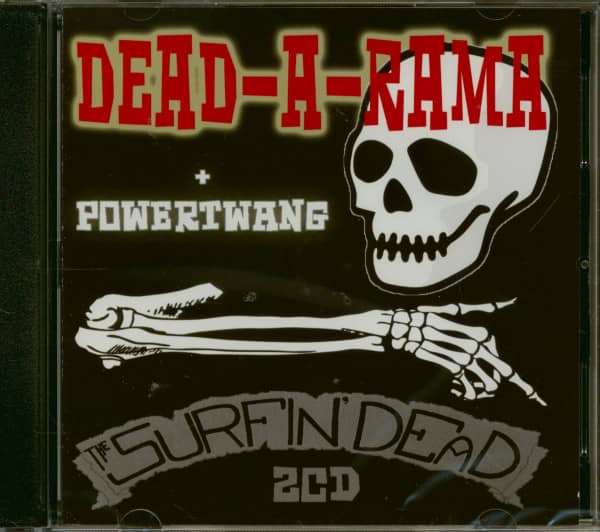 Please inform me as soon as the product is available again.
$25.97 *

The two Surfin' Dead albums Powertwang (1996) and Dead-A-Rama (2019) have been reissued as a double CD set, with Dead-A-Rama only previously having been available as a vinyl release. The albums will appeal to fans of The Meteors as the performances are delivered with the attitude of all of Fenech's work, but the recordings stay true enough to the traditional surf style to also win the approval of instrumental surf and rock 'n' fans in general..