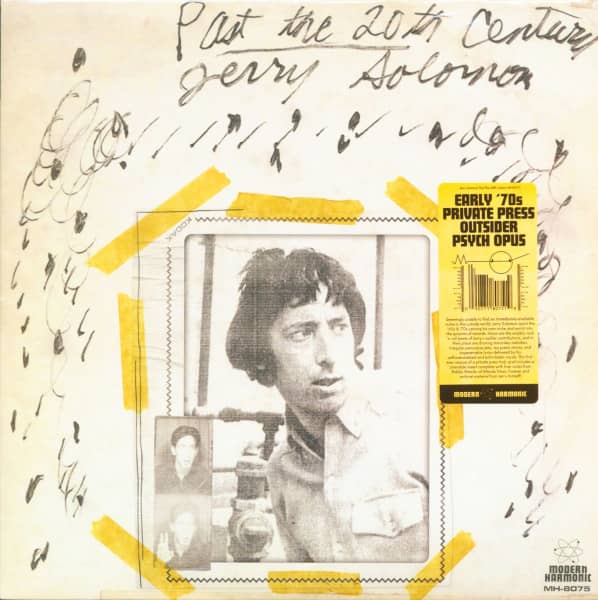 (Modern Harmonic) 8 tracks
Early ‘70s Private Press Outsider Psych Opus
Seemingly unable to find an immediately-available niche in the outside world, Jerry Solomon spent the '60s & '70s carving his own niche and world into the grooves of records. Gone are the wobbly rock ‘n roll beats of Jerry’s earlier contributions, and in their place are droning minor-key melodies, irregular percussive jabs, toy piano strums, and impenetrable lyrics delivered by his self-overdubbed and echo-laden vocals. Original copies were sold on the streets by Jerry himself and trade for four figures if you’re lucky enough to find someone willing to sell one.

This first ever reissue of a private press holy grail includes a zine-style insert complete with liner notes from Bobby Weirdo of Weirdo Music Forever and archival material from Jerry himself! 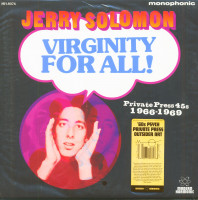 Tracklist
Solomon, Jerry - Past The 20th Century (LP) LP 1
01 I Just Don't Fit This Modern Age
02 Chivalry Of The Early 50S
03 You Work Every Day
04 Come With Me My Angel On Our Little Rainbow
05 Denied Of All Human Life
06 Good Old Fashioned Date
07 They Came From Everywhere
08 Past The 20Th Century
Funktionale