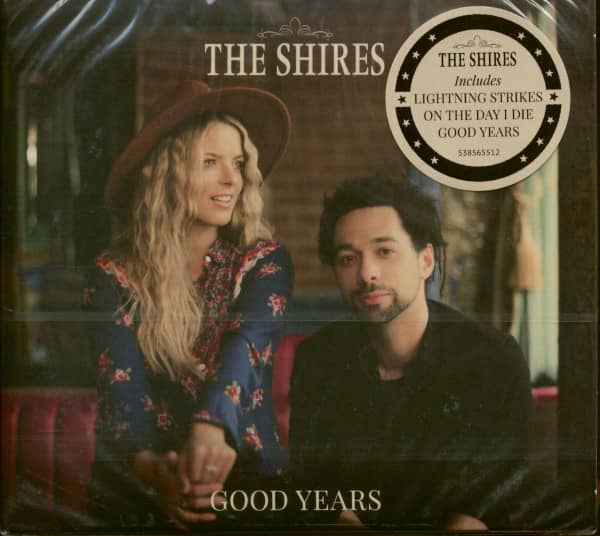 P Secure bonuspoints now
Description Review 0
Description
(BMG) 12 Tracks - Digipack That Great Britain is considered one of the centres of the pop and... more
Close menu

That Great Britain is considered one of the centres of the pop and rock world is nothing new. Country music, on the other hand, is probably not the first thing that comes to mind when you think of the United Kingdom. Yet one of the hottest country duos at the moment, The Shires, comes from right there. In their home country, Ben Earle and Crissie Rhodes have long since become a fixture and not only reached number one in the country charts with each of their albums, but have also won several gold awards.

For their new album Good Years, Ben and Crissie have returned to the Mecca of country music. Of course we are talking about Nashville, where all the band's previous longplayers were recorded. The Shires already gave a first impression of what their fans can expect at the end of 2019 with the single New Year. In January 2020, they add to this with the song Lightning Strikes. Authentic, soulful songs, perfect harmony vocals and lots of pop appeal - this is also well received in the home country of the genre: in 2017 they were the first UK act to receive the CMA Jeff Walker Global Artist Award from the Country Music Association Awards. Now it's the rest of the world's turn to discover The Shires.