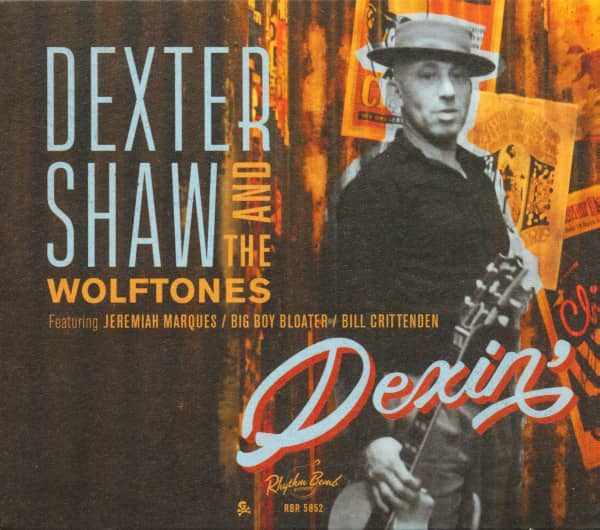 Dexter Shaw was born in London in 1954 and developed a passion for rhythm'n'blues very early on. He got his first guitar when he was 11, and it wasn't long before he played in the streets and pubs. At 18 he was a sound engineer on tour with Dr Feelgood, in the 80's and 90's he played bass and guitar with blues greats of the London scene: Big Joe Louis And His Blues Kings, King David Purdy, Jeremiah Marquez, Gordon Smith and Little George Sueref.

Since the late 90s there is his own band Dexter Shaw & The Wolftones. After the guitarist had just recorded the album "Tribute To Little Walter" with the French harp player Mo Al Jaz with the musician and producer Little Victor, he also finished the work on "Dexin'", which was recorded with his 14 songs in changing line-ups over a longer period of time in session style with London musicians, singers like Steve West Western, Big Boy Bloater or Bill Crittenden, but still sounds like a crackling Juke Joint Blues monster from the Memphis or Chicago of the 1950s. Scratchy Old School Blues with a lot of swing and style!