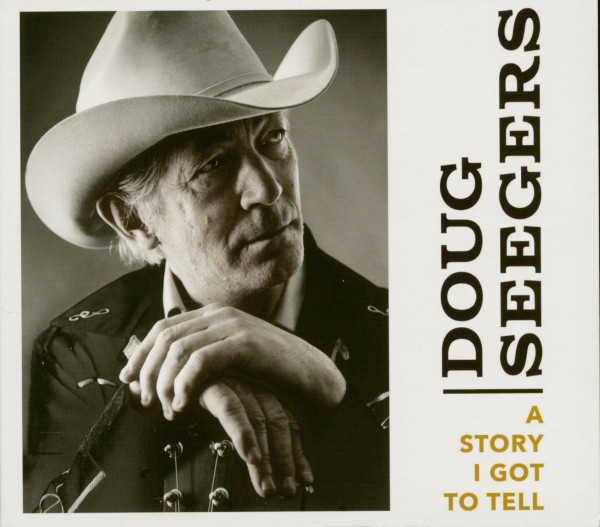 Doug Seegers: A Story I Got To Tell (CD)

The unlikely story of 67-year-old singer/songwriter/guitarist Doug Seegers reads like a lyric and is a powerful, touching story of salvation. Above all, it reminds us with its hopeful message that it is never too late to change one's life or follow one's dreams.

After many years in a swamp of drugs and alcohol, the life of 62-year-old Nashville street musician Doug Seegers changed overnight. A hit ("Down by the River") made him a superstar in Sweden, since then hundreds of sold out shows followed. After Doug's two bestselling albums were awarded gold and platinum, he recorded his first international album with producer guru Joe Henry (Elvis Costello, Bonnie Raitt, Glen Hansard) in Los Angeles in spring 2018. The result is the highly anticipated, deeply emotional album A Story I Got To Tell.

Doug Seegers' life has changed dramatically since this magical spring day of 2014, his rise to fame, his success overnight, his songs at the top of the charts and his transformation from a homeless street musician in Nashville to a star in Sweden with numerous records, over 300 sold-out shows, miles and miles of autograph lines and articles in the major magazines is the stuff of fairy tale books and one that is far from over.

Article properties: Doug Seegers: A Story I Got To Tell (CD)

Review 0
Read, write and discuss reviews... more
Close menu
Customer evaluation for "A Story I Got To Tell (CD)"
Write an evaluation
Evaluations will be activated after verification.
Weitere Artikel von Doug Seegers
Doug Seegers: Going Down To The River Art-Nr.: CDROU36117