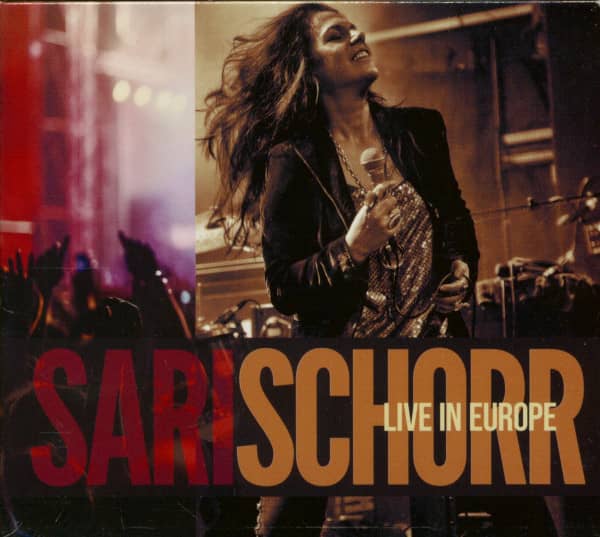 (Manhaton) 12 tracks.
A new, breathtaking live album by Sari Schorr will be released in 8 different countries during her extensive European tour in March and April 2020. The new live album includes tracks from Sari's first two albums as well as an impressive version of "I Just Wanna Make Love To You" and some previously unreleased acoustic tracks that she recorded for the BBC in the UK.

All songs were recorded in excellent quality and clearly show that Sari songs are full of tension and traction and her dynamic presence is a mixture of controlled burning and ever growing passion. Sari Schorr became famous through tours with blues legend Joe Louis Walker and the famous guitarist Popa Chubby throughout the USA and Europe. Schorr was recently inducted into the New York Blues Hall of Fame.

Since the release of her first album, Sari's career has continued to develop. She appeared on the Conan O'Brian Show, played at Carnegie Hall in New York and toured extensively throughout the USA, Europe, Asia and Australia. Sari has played major European festivals including the Montreaux Jazz Festival, Blue Balls in Switzerland, Notodden in Norway, Guitar En Scene in France and the Ottowa Blues Festival in Canada.

If you are looking for a modern soul & blues heroine who combines Tina Turner's talent, energy and sensuality with Carly Simon's successful songwriting and wild sweetness, you have come to the right place.