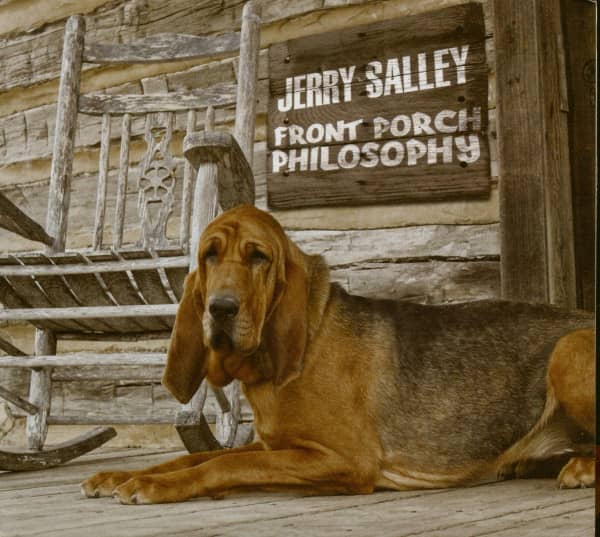 (Very Jerry Records) 12 tracks - digisleeve
Jerry Salley, one of music row's greatest veteran tunesmiths, marked his 35th year in the Nashville music business with his 4th solo album, Front Porch Philosophy.  The 12 track album, filled with brand new songs, was co-written by Salley and some of the best bluegrass writers/artists in the business such as Carl Jackson, Donna Ulisse, Irene Kelley, Tammy Roger-King, Cody Farrar and other amazingly talented writers.  Salley once again showed his ability to put songs together with thoughtful lyrics and  powerful melodies.

The first single from the album, The Night Flatt & Scruggs Played Carnegie Hall, tells the story of the day Jerry's dad brought home the Flatt & Scruggs At Carnegie Hall album - a memorable day for young Jerry and an historic event for bluegrass music.  Playing the banjo on the track is special guest and co-writer Carl Jackson.  To pay homage to his long time buddy, Jerry wrote the song If I Could Play Guitar Like Carl Jackson, a true-to-life story that will keep you laughing all of the way through!