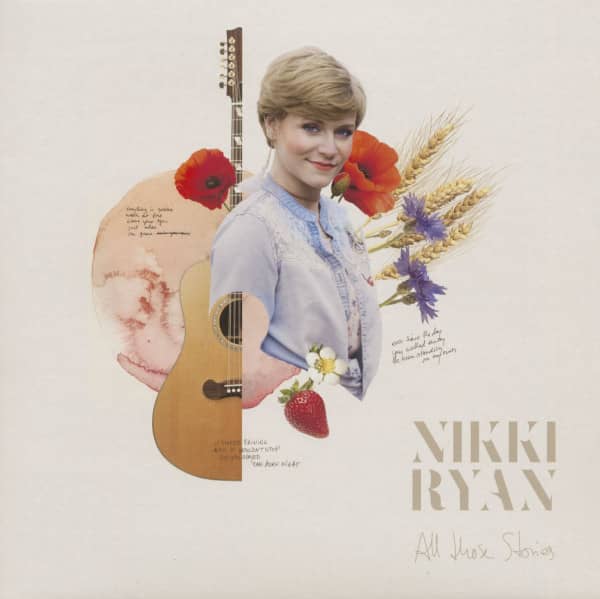 Nikki Ryan: All Those Stories (LP)


Like many great American Country Music artists, Nikki Ryan also comes from a relatively small town. The only difference is that her small town is on the banks of the river Weser in the green countryside of Germany! The town is famous around the world because of a medieval story that tells of a tragedy that befell the town in the 13th century. A musician bewitched the children of the town and led them away because the town elders refused to pay him for getting rid of the rats. The musician? The Pied Piper. And the town? Yes, that’s right: Hamelin! Since then, music has always been in the air in Hamelin. In the summer, on every Sunday the folk tale is performed by actors in the town centre and every child growing up knows the story and hears the music.

When Nikki was 13 and singing in the school choir, her music teacher took her aside and told her that she had a very strong voice and should take part in the singing contest being sponsored by the local radio station. During the singing contest she was once again singled out, this time by a teacher responsible for developing young musicians. He asked her join the music school rock band. As lead singer for the band, she discovered her talent, worked on it and developed it, and loved singing so much that she decided to become a professional. She gathered a wealth of experience in the band covering a wide range of artists, from Toto and Melissa Etheridge, Avril Lavigne, Nirvana, Alanis Morissette, Joan Osborne, to Nancy Sinatra. Throughout her school career she sang in various bands, including an Eric Clapton cover band. Then, when high school was done, she took off for Hamburg, the big city in the north, and underwent professional training as a singer for musicals, in which she earned extensive stage experience.

In Hamburg she met American lyricist and songwriter Danny Antonelli and sang several demos of his songs. It was clear immediately that she had a natural affinity for country music, the catchy melodies and the real life stories of people. Nikki wanted to tell all those stories. She began working on her debut album in late summer 2016 with Danny and producer Boris Ehlers. The album was completed in June 2017 and released on the 1st of October. Since then, Nikki has been working hard to prepare an exciting live show program with her band, which is made up of drummer Boris Ehlers and other professional session musicians with extensive stage experience.

Nikki stands naturally in the spotlight and commands attention through her mastery of the songs she delivers. Her bewitching voice will lead you off into a land of dreams and emotions that will bring love and joy to your heart. And don’t worry, you will be able to boogie and line dance too!

On a more personal note, Nikki is a vegetarian – she loves strawberries! And she has a British shorthair cat named Schmitz. Nikki loves to travel, has visited countries all throughout Europe and has also been to the USA, where she hopes to one day be able to sing in front of an American audience, to people who are sure to understand every word of the story songs she sings.