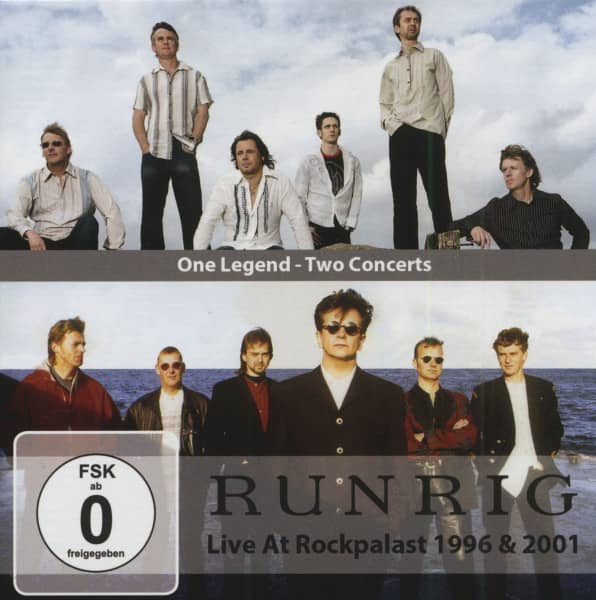 One of the 83,000 finds of the exploded Columbia shuttle was a CD. It was Runrig's 2001 album "The Stamping Ground", which one of the astronauts had brought with her. The shuttle's playback device contained a second album by the band. "So the last music the Columbia crew heard was from Runrig," concluded the husband of the late astronaut Laurel Clark. The Columbia had broken apart on 1 February 2003 at about 8:59 local time (14:59 CET) at 200,800 ft (about 61,200 m) above Texas at a speed of about 12,385 mph (about 19,900 km/h). It was the last flight of a Columbia space shuttle in the history of the American NASA.

The history of the Scottish success band RUNRIG lasted longer, 45 years in total, from 1973 to 2018, and thank God the band's history was spared disasters. RUNRIG is a kind of national shrine for the Scots. On the one hand the band plays rock music with strong Scottish influences, on the other hand they use historical Scottish lyrics and songs in Gaelic. With their charismatic frontman Donnie Munro the international success began. Munro left RUNRIG in 1996 to run for the Scottish Parliament. His successor was the Canadian Bruce Guthro from Nova Scotia (Nova Scotia). Not only in Scotland, but all over the world, especially in Scandinavia, Benelux and Germany, a loyal fan base was formed, the "Riggies".

Three times in their career RUNRIG have been guests at the "Rockpalast" of the WDR. Two of these concerts are now coming in a great CD/DVD box set: On 3 February 1996 they were guests in Düsseldorf's Philippshalle, 5 years later shortly before Christmas, on 15 December 2001 in Cologne's Palladium. A great and unique document of RUNRIG's history, because here the band shows itself once again with its two front men, in 1996 still with Donnie Munro, in 2001 already with Bruce Guthro.