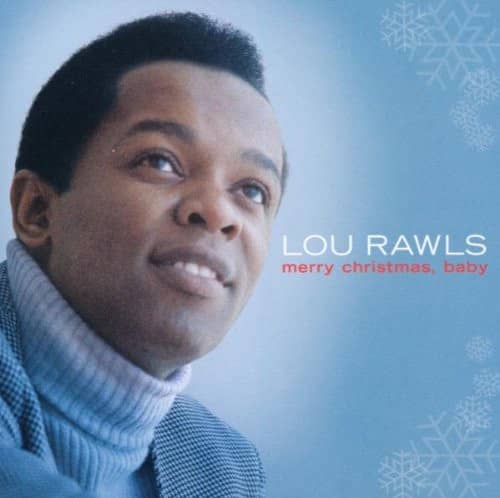 Gospel, blues, soul, pop and jazz singer Lou Rawls was born December 1, 1933 in the southside of Chicago, Illinois. The Grammy Award-winning vocalist with a soft and smooth velvet voice was at home in various musical genres. He recorded approximately 75 albums under his own name and sold almost 50 million records. Rawls passed away January 6, 2006.

Since his childhood days he was a friend of future star vocalist Sam Cooke. Both started singing in the church choir. Rawls’ professional singing career started as a member of the Chosen Gospel Singers in Los Angeles pairing again with his old schoolmate, Sam Cooke in 1953. Both became members of the Pilgrim Travellers. In 1958 Lou Rawls got seriously injured in a car accident which changed his life profoundly. In 1959 the Pilgrim Travellers broke up, and Rawls started a solo career moving away from his gospel roots, recording secular music. His first 45s were released on the tiny Candix label. Producer Nick Venet heard him sing in a West Hollywood coffee shop and produced his first album, (’Stormy Monday’ with Les McCann) which was released later in 1962.

During the 1960s and 1970s Rawls became a well-known, popular R&B and pop singer. In 1966, he recorded ’Lou Rawls Live!’ in front of an ethusiastic crowd in a recording studio. The 45 Dead End Streetearned him a Grammy award in 1967, the 1971 album ’A Natural Man’ was good for a second Grammy. In 1976 Rawls recorded his biggets chart success with You'll Never Find (Another Love Like Mine), a disco-tinged ballad. More successful 45s followed, and in 1977 he received his third Grammy award for ’Unmistakably Lou’, an album that went platinum.

Since the 1970s, Lou Rawls also did television work and later appeared in more than twenty films. Since the 1990s, he focused on blues and jazz with albums like ’Portrait Of The Blues’ after signing with the famous Blue Note label. In 2004, Rawls was diagnosed with cancer. He died in Los Angeles, California, on January 6, 2006.

Les McCann was born Leslie Coleman McCann, 23 September 1935, in Lexington, Kentucky. The self-taught pianist sang and played in school bands and in the navy, where a talent contest won him a spot on the ‚Ed Sullivan Show’.

After moving to California in the late 1950s, he played with Gene McDaniels before forming a successful trio with which he first recorded in 1960, Les McCann Ltd.
McCann dveloped a strong interest in innovation, particularly in new technology, and a preference for the dance-based rhythms of jazz, gospel and funk.

A series of popular jazz piano albums followed, and in the late 60s, McCann had two hit singles with the protest song Compared To What?and the ballad With These Hands. ’Swiss Movement’, his Montreux, Switzerland, live duet album with saxophonist Eddie Harris, was also a bestseller. The early 70s saw the pianist exploring electronic keyboards and synthesizers and, while still recording, he performed in films such as ’Soul To Soul’ and shows such as the all-star ‚’Black Music Show’ from 1972-74. McCann also practised as a photographer, exhibiting on a number of occasions, and worked as a volunteer teacher with his wife in Mexico. His recording diminished in the late 70s, following an unsuccessful foray into soul and R&B. He bounced back in the late 80s and continued in the jazz funk field. Despite a stroke in January 1995 which has left him partially paralysed, McCann kept recording and performing.