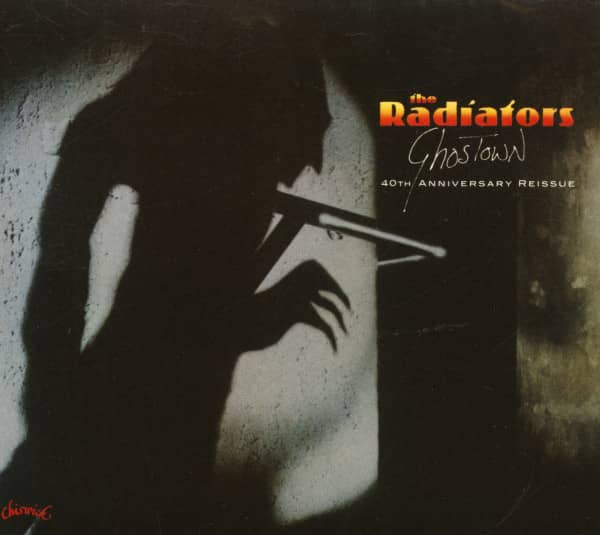 A sonically opulent, fiercely literarily refined pop with a sensitivity derived from punk.

The 1979 released "Ghostown" of the Radiators is considered next to the "Astral Weeks" as one of the definitive Irish records. The album is permeated by the landscape production of Bowie/Bolanese producer Tony Visconti. Coming in the late 70's, it encompasses the origins of the band, but with a strong literary bent, and refers to music of the 50's and 60's in a historical overview of changing Ireland. The singer and writer Philip Chevron developed these themes further in the Pogues. This extended 45-track 2CD edition includes the original album and all of its singles as well as 28 previously unreleased pages of demos, backing track mixes and live tracks that provide an insight into the album's creation. The magazine contains contributions from many fans of the record, including Roddy Doyle.