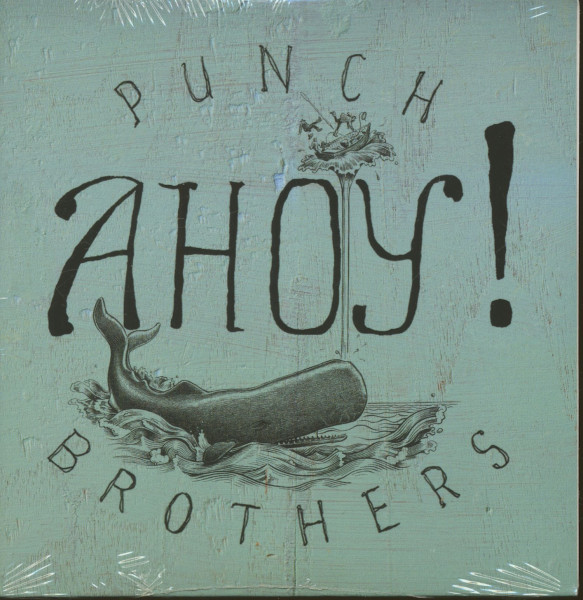 Please inform me as soon as the product is available again.
$14.55 *

After Nickel Creek disbanded in 2007, mandolin virtuoso Chris Thile assembled an all-star quintet called Punch Brothers (the name comes from the Mark Twain short story Punch, Brothers, Punch!) with guitarist Chris Eldridge, formerly of the Infamous Stringdusters; bassist Greg Garrison, who has played with Ron Miles and Leftover Salmon; banjo player Noam Pikelny, who has worked with John Cowan and Tony Trischka, and violinist Gabe Witcher, a sought-after session musician and a member of Jerry Douglas' band for a half-dozen years. The new group quickly signed with Nonesuch Records and issued a debut album, Punch, in 2008, which was anchored by Thile's ambitious 40-minute, four-part suite "The Blind Leaving the Blind."
The double-disc (plus a third DVD concert disc) Antifogmatic, produced by Jon Brion, arrived from Nonesuch in 2010, and was followed in 2012 by Who's Feeling Young Now?, produced by Jacquire King (Kings of Leon, Tom Waits, Modest Mouse), and the Ahoy! EP. After working with T-Bone Burnett on the soundtrack for the 2013 Coen Brothers film Inside Llewyn Davis, the Punch Brothers teamed with the producer to record their fourth full-length album, The Phosphorescent Blues, which appeared in January 2015. ~ Steve Leggett