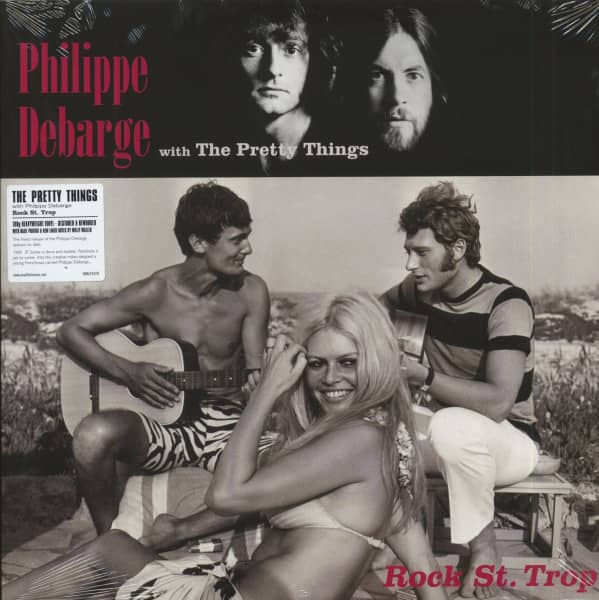 (Madfish) 12 tracks
In August 1969, when Phil May and Wally Waller were flown by Philippe DeBarge to St. Tropez and the DeBarge family estate.
DeBarge had money and wanted to make an album, with him as the front man - and this was to happen with The Pretty Things.

Now this album has been completely remastered with rare photos and liner notes by Wally Waller.

The Pretty Things, formed by the Rolling Stones' original bass guitarist, Dick Taylor, and Phil May (born on Sept. 11, 1944) at Sidcup Art College in the autumn of 1963, were doomed by their scruffy image and Bo Diddley-bAsed rhy-thm and blues to the role of poor man's Stones. With Taylor switching to lead guitar, the rest of the line-up was May (vocals, harmonica), Brian Pendleton (rhythm guitar), John Stax (bass, harmonica), Viv Prince (drums).

They were signed up almost at once as the R&B boom hit the music in-dustry, but after early hits, the double-sided 'Big Boss Man'/ `Rosalyn' (Miy, 1964), 'Don't Bring Me Down' (November, 1964) and 'Honey I Need' (March, 1965) on Fontana, they failed to make the Stones' shift to their own material until, in a reorganized line-up, May and Taylor composed the biographical S. F. Sorrow (Harvest, 1968), supposedly an encouragement — if not an influence — for Pete Townshend's Tommy project. Following the departure of Taylor and the failure of the highly regarded Parachute album in 1969, the band folded for a time, re-forming to record Freeway Mad-ness (Warner Bros., 1972). In 1974, with May, Peter Tol-son (guitar), John Povey (keyboards), and Skip Alan (drums) still together from the Parachute personnel, plus Jack Green (vocals) and Gordon Edwards (bass), they signed with Led Zeppelin's Swan Song label for Silk Torpedo.