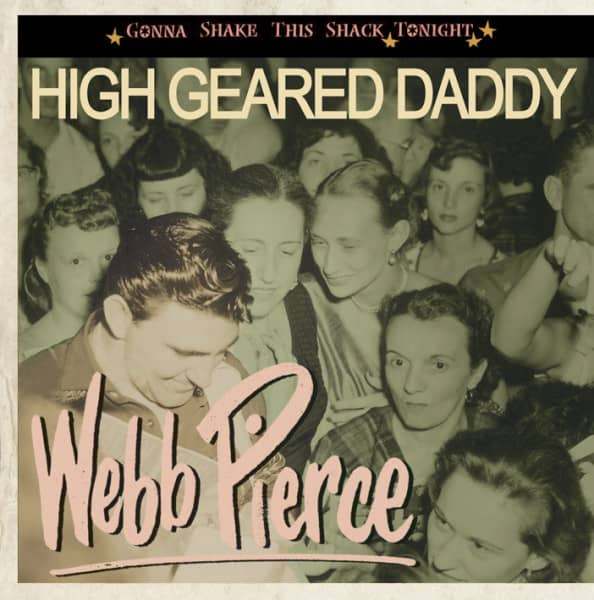 Webb Pierce was flashy. A Louisiana Hayride star, he replaced Hank Williams on the Grand Ole Opry in 1952. Of his 96 charted singles, 13 were # 1s and 39 others were Top Tens. While living the hard-boozing honky tonk life he sang about, Webb Pierce also made a fortune publishing songs and owning radio stations. But his scorched earth business style made enemies, and consequently, he didn't enter the Country Music Hall of Fame until 2001, ten years after he died. The whole story is here together with some of the shakin’est music that Webb Pierce ever recorded.
The 32 performances on this 'Gonna Shake This Shack Tonight' collection cover eleven years (1949-1959) and three labels, Four Star, Pacemaker and Decca. 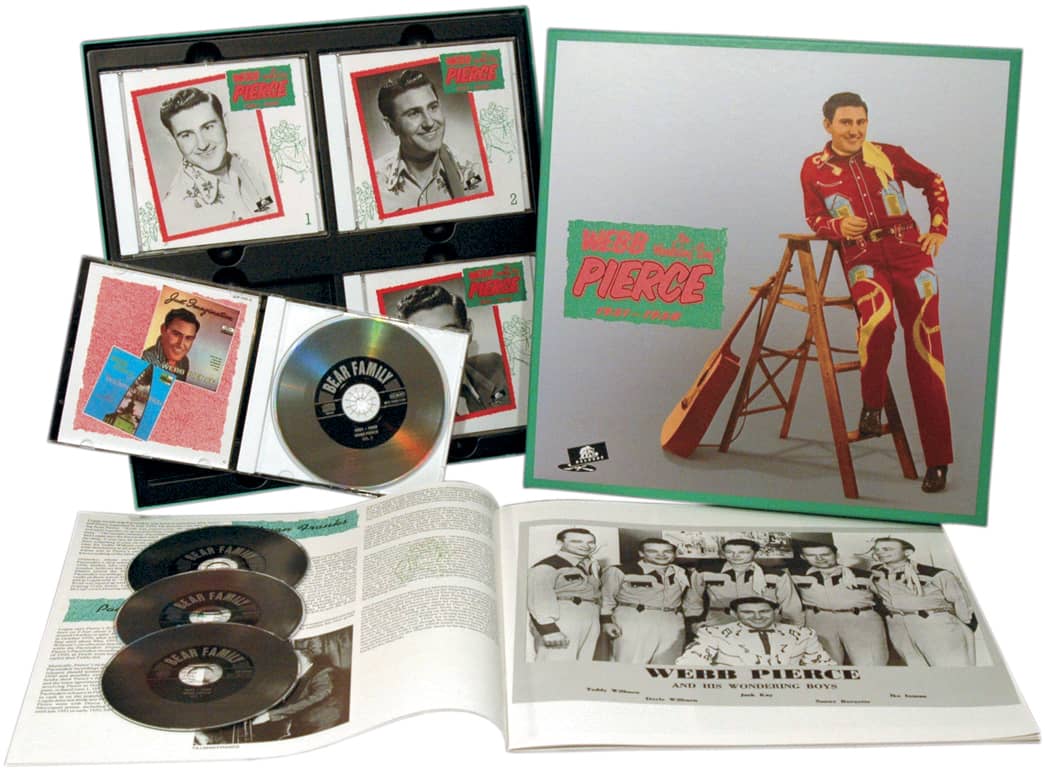 Although the original pressings credited Mel Tillis, this song was adapted from a song of the same name by Tommy Collins, who'd written and performed You Better Not Do That and written Faron Young's hit If You Ain't Loving, You Ain't Living (see our 1954 volume for both). Collins was a troubled guy who never seemed able to make the one thousand percent commitment that success seemed to require. In 1959, when this was recorded, he was still on Capitol but hadn't seen a hit for four years. He was studying to become a preacher when Mel Tillis rewrote his 1955 single No Love Have I into one of the biggest hits of 1960. Collins' gentle waltz tempo was replaced by the same 4/4 rocking beat that Webb had perfected on Tillis' I Ain't Never (see 1959). In Tillis' hands, Collins' hillbilly lament became a country power ballad. The chorus was front-and-center and the growling six-string bass drove the performance. The original chorus, "I'd trade my life for a beggar if he had someone close by his side/Sometimes I can't keep from crying, crying 'cause no love have I," was more self-eviscerating than Tillis's pop-ish rewrite. In fact, there was little similarity between Collins' original and Pierce's record, but just enough for Collins' publisher, Capitol's Ken Nelson, to make a fuss. When Buck Owens recorded No Love Have I as part of his Collins tribute LP in 1963, he used the original words and original waltz time (Buck had been a session guitarist on Collins' earliest records), and when Collins re-recorded No Love Have I for Columbia one year later, he set his original lyrics set to a walking 4/4 rhythm. Later, of course, Collins became a songwriter in residence for Merle Haggard. 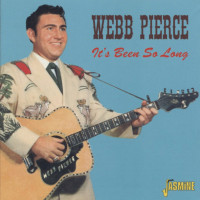