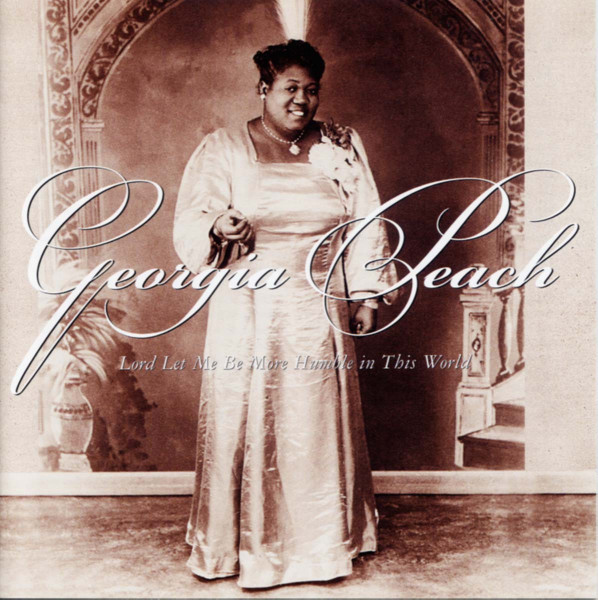 Georgia Peach: Lord Let Me Be More Humble In This World

Equipped with a beautiful contralto voice, Clara Hudman Gholston, a.k.a. the Georgia Peach, was a pioneer in gospel singing. She first became acquainted with the famous gospel composer Thomas A. Dorsey, who let her sing his songs. He compared Georgia Peach’s vocal ability to blues singer Bessie Smith. A little later Clara teamed up with the vastly popular Atlanta singing preacher Rev. J.M. Gates, who gave her solo spots on his records. Georgia Peach predated and influenced her more famous successors, Mahalia Jackson and Clara Ward, and can be said to be indirectly responsible for the later artistic development in female gospel. Beginning with spirituals and hymns in her childhood Baptist churches in Georgia, Clara Hudman started making records already during the Depression years. After moving to New York, she switched from Baptist to C.O.G.I.C. and eventually had become a star performer in 1939, when she headlined in a “Spirituals to Swing” concert at the Radio Music City Hall. This CD comprises Georgia Peach’s whole recording career, 1930-1960, where she is invariably accompanied by either male or mixed quartets.

Article properties: Georgia Peach: Lord Let Me Be More Humble In This World