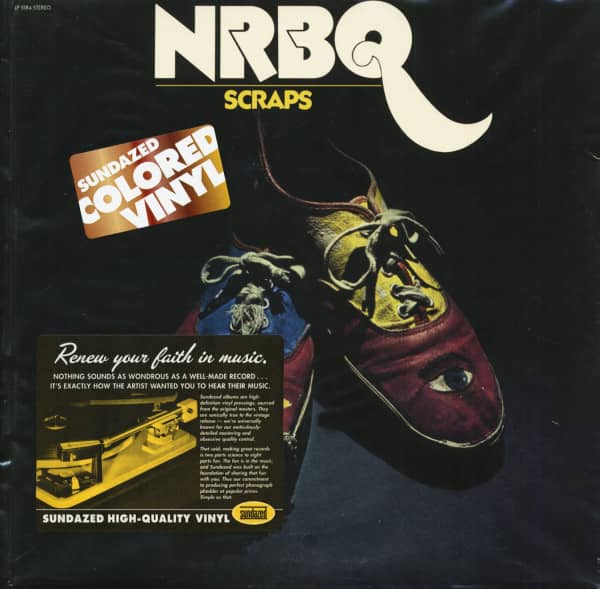 The wildly eclectic New Rhythm & Blues Quintet, better known to its worldwide legion of adoring fans as NRBQ (or just the Q!), is the only band on the planet that can play rockabilly, bar-band blooze, Beatles sound-alikes and Sun Ra-style free jazz in the same set and remain standing.

By the time keyboardist Terry Adams, vocalist Frank Gadler, bassist Joey Spampinato, drummer Tom Staley and fabulous new guitarist Al Anderson released 'Scraps', their wonderful second album in 1972, they had relocated from Florida to New Jersey and, like their name says, they were actually a quintet for the only time in their career. From the infectious Howard Johnston's Got His Ho-Jo Working to the loveably understated Magnet, Scraps is loaded with NRBQ classics that lived up to the eye-popping press garnered by their self-titled 1969 debut.

The Q immediately followed 'Scraps' with 1973's equally terrific 'Workshop'. Gadler had departed, reducing the Quintet to its customary foursome (natch!), but the band never missed a beat with an album that featured the hypnotically chugging Come On If You're Coming, the mouth-watering RC Cola and a Moon Pie and the ultra-prophetic Get That Gasoline Blues.