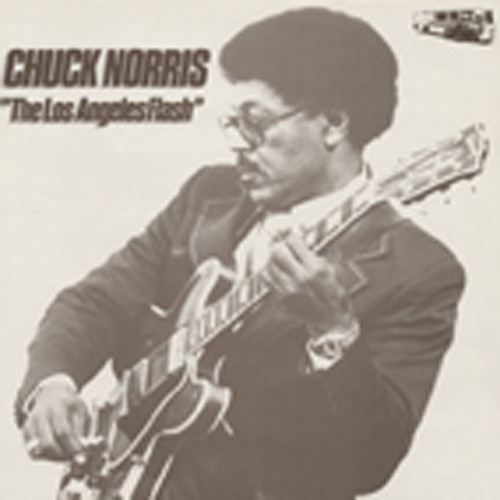 Better known as one of the top postwar session guitarists in L.A., Charles 'Chuck' Norris occasionally got a chance to strut his stuff on wax as a singer. Cut February 26, 1953 in New York for Atlantic, Messin' Up turned out to be Norris' last single under his own name, its playful, ribald mood buttressed by his T-Bone-tinged licks.

Born August 11, 1921 in Kansas City, Norris studied under the fabled music instructor Captain Walter Dyett at Chicago's DuSable High School before heading out to the Coast in the mid-'40s following the dissolution of his marriage. He staked his claim as an in-demand studio guitarist on the L.A. jump blues scene, playing behind Percy Mayfield, Big Jim Wynn, Jimmy Witherspoon, Floyd Dixon, Little Willie Littlefield, Peppermint Harris, Rollee McGill, and plenty more on their sessions. He was also a capable bassist.

Norris' own discography commenced in late '47 with Money's Getting Cheaper (soon a staple of Witherspoon's repertoire) on the obscure Coast label. He graduated to Lew Chudd's Imperial logo for two 1949 singles, then moved over to Selective for a 1950 78 before doing a Mercury date at the end of that year with his frequent musical cohort Maxwell Davis on tenor sax and Jesse Belvin on the 88s that spawned two singles. Chuck also had a 1951 Aladdin single, Rockin' After Hours, prior to his self-penned Atlantic outing, which came yoked to Let Me Know.

Norris enjoyed something of a late-career renaissance, cutting his own 1980 album in Sweden. He died August 26, 1989.