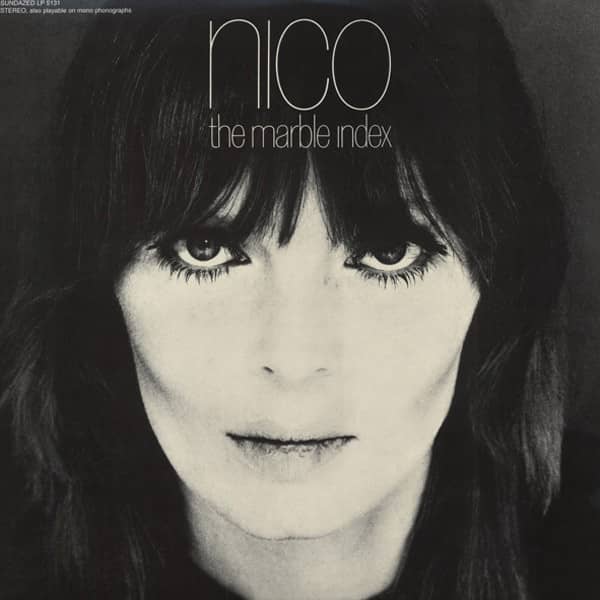 Singer, model, actress, composer: Nico was many things, but above all, she was a star. Born Christa P'ffgen in Cologne, West Germany, she began modeling as a teenager. After moving to Berlin to pursue her career, photographer Herbert Tobias dubbed her 'Nico' after filmmaker Nikos Papatakis. Her fluency in German, English, French and Italian allowed her to flow freely across borders, going wherever her work and her desires took her.
Following the start of her acting career, which included a role in Fellini's La Dolce Vita, she made her music debut with a single produced by Jimmy Page. Introduced to Andy Warhol by Brian Jones, she quickly became entrenched in Warhol's Factory ensemble, starring in several of his experimental films. As their manager, Warhol suggested that the Velvet Underground add Nico in the role of 'chanteuse,' to which they reluctantly consented. Though their union would last only one album, it made an indelible impression on the underground music world and continues to influence new generations of artists to this day.
Nico immediately embarked on a solo recording career after splitting with the Velvet Underground and had an unfulfilling experience making her first album. For The Marble Index, she seized control of the recording process, determined that her vision be more fully realized on her second LP. Writing all of the songs and enlisting John Cale's playing and production assistance, Nico created a dark, stripped-down atmosphere that was a million miles from Top 40. Centered around her signature harmonium playing, the songs have a stark, Gothic quality that profoundly affected listeners.
For the album's haunting final track, 'Evening of Light,' she enlisted Elektra labelmates Iggy & the Stooges to appear in a promotional video clip for the song, shot behind their house in Ann Arbor, Michigan. Like Nico, The Stooges were true musical revolutionaries, out-of-step with the contemporary pop world yet forbearers of a brave new aural landscape. The sense of adventure captured on The Marble Index is just as vivid today as it was in 1969. This Sundazed edition has been sourced from the original Elektra analog session tapes for the truest transfer possible. Place this LP on your turntable and let it transport you to Nico's singular sonic world.