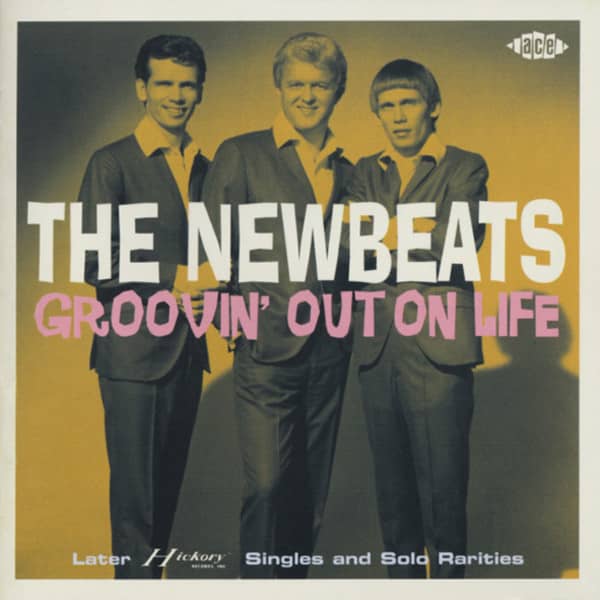 The Newbeats: Groovin' Out On Life

(2005/ACE) 27 tracks 1963-72 with 12 page booklet The final instalment in Ace's Newbeats CD trilogy focuses on the trio's later 70s recordings for Hickory, as well as reissuing - for the first time, in most cases - the earlier solo singles of group frontman Larry Henley and the duet 45s of bros Dean and Mark Mathis. Repertoire spans 1963-72 and is presented from the original Hickory mastertapes - and in stereo wherever possible! CD also includes all the surviving previously unissued Newbeats titles - a true treasure trove for collectors of this unique act.

Article properties: The Newbeats: Groovin' Out On Life