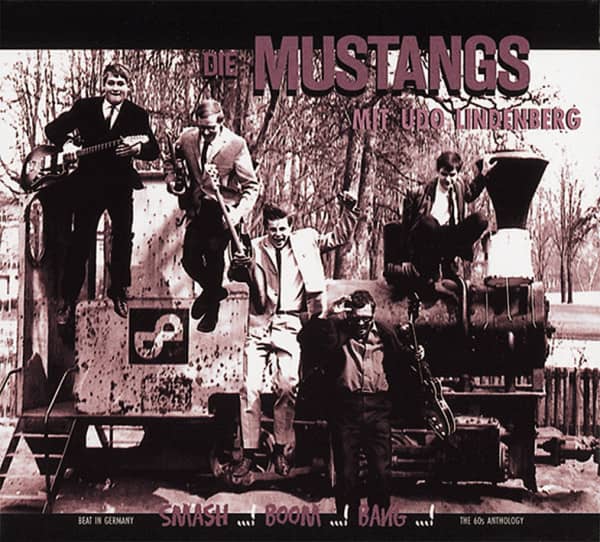 1-CD Digipak (6-coated) with 20-page booklet, 16 tracks. Playtime approx. 39 mns.
Smash! Boom! Bang!
Beat in Germany
The 60s Anthology
THE MUSTANGS
When Udo Lindenberg saddled up his moped for the first time, he already rode the drum seat at the Mustangs, but the thing with the 50 cm³ stallion still had its pitfalls. Now one has to know that Udo, only 17 Lenze young, poured himself on the lamp in the evening - in Münster, in his favourite pub. And the way home to Hiltrup by taxi always cost him a small sum. So our ghost rider thought that he was going to be a little cheaper and bought just that mobile vehicle. He properly parked it in front of the pub, watered the light and left the potions to make his way home. "No, in the condition with the moped, don't do that," Udo said to himself, then went back to the pub, called for a last Jägermeister and the taxi. The next day, fresh as a sneaker, out of the house: "Oh, dear! The moped is in front of the pub. Taxi! By now at the latest, Udo knew he couldn't save any money in this way - unless he gave up the Jägermeister, but he wanted to treat himself to a little bit of what. But how did Udo get into the Mustangs in the first place? It's a long story, and as you know, it starts at the beginning.
The stallion of the Mustangs was a studiosus in Münster - Gerd Geerken. He had spent his time before the Mustangs in student dance bands that carried him as far as southern Germany and France. When '62 guitar-instrumentalbands like the Shadows and Ventures came over Germany, Gerd sensed the gap in the market - especially because as a first-class guitarist he was able to stand up to these groups. One of his guitar students, Steffi Stephan, recruited Gerd, who was almost ten years older, from the spot. In view of the lack of (local) bass guitarists, Charlie Brüggemann was persuaded to purchase a Höfner bass. The three of us - without drums - became active as a guitar band. Name: The Guitarmen. Stage debut: 23 June 1963 in the Catholic parish of Münster.
The dog was buried musically in Münster at that time, everything was quite civilised; just as it should be for a conservative city of civil servants, black as coal. Opposite the station, however, there was the oasis, a small pub. Their host had got wind of the guitars and offered them an engagement. Steffi was sorted out again by his single mother's standing foot because he was not yet 18. She feared trouble with the Youth Welfare Office if she allowed her minor Filius to do such frivolous things. So the guitars looked for a new rhythm guitarist, Thorsten Ehmke. And once a week they adorned the oasis as a pure instrumental band with eternally changing drummers.
For that time the guitars were exquisitely equipped, with Fender Stratocaster and Fender Jazzmaster. Geerken had come to the two guitars in France, at that time, still at the time of the dance band. He had exchanged the Stratocaster for a Höfner bass (plus a Höfner guitar as an encore) at an American GI, and bought the Jazzmaster from another GI for $250.
Student Gerd Geerken lived in the Kreuzviertel, directly opposite the vegetable shop Hagedorn. The owner's son had a good nose for business. He was just 19 when he set up a wholesale business: he bought at the wholesale market and supplied the retailers with the goods. Then he also discovered music as a potential source of money, and the musicians worked there after all, he only had to lean back and guard the cash register himself. In Emsdetten he rented a bankrupt pub, christened it Insel-Tanzcafé and booked the guitars. Now once the week Emsdetten stood in their diary. Then Hagedorn found what he was looking for in Münster, and a second island dance café was built. Also here a regular date was made for the guitars.
Musically the band had made good progress, and so in summer '64 they not only won a Pepsi-Cola-artist competition, they also made the Insel-Tanzcafé in Münster an attraction par excellence. The Guitarmen, now with vocals by Thorsten Ehmke and three alternating drummers, played there three days a week. Soon the first beat bands came to Münster, and a scene developed. Gerd Geerken: "Dieter 'Atta' Hagedorn then said to us: 'People, we have to do this professionally. We need a real singer and a permanent cast!' Then, of course, it started. Charlie Brüggemann did not want to give up his job, the drummers also waved all away. Thorsten Ehmke wanted to continue studying. There must be new people here, Hagedorn found. I remembered Nico Kuhlkamp, with whom I had played dance music in the Ami-Clubs before." 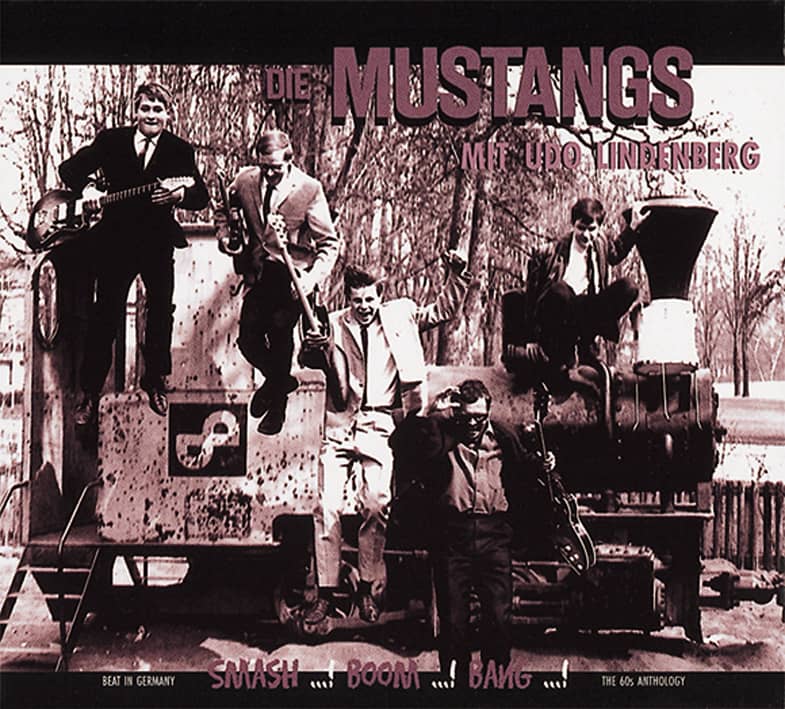