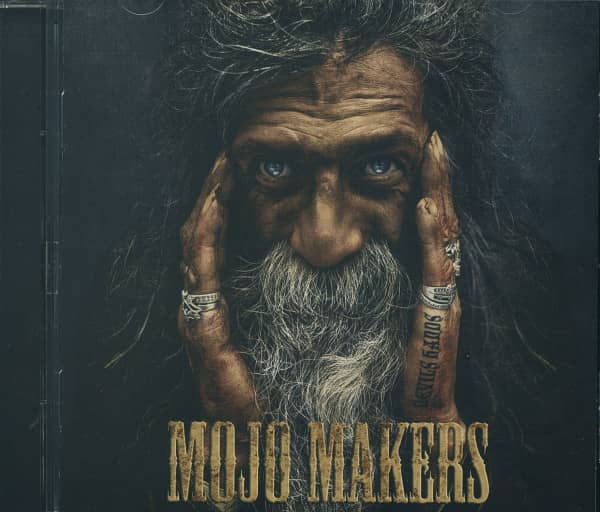 (Hypertension) 11 tracks
The Mojo Makers are the young blues discovery from Denmark. They combine the sound and inspiration of the old Bluesmasters with deepest 70s Soul, R'n'B and Rock. The Mojo Makers cross the borders of the genres with a solid hard rock rhythm.

Their debut album Wait Till The Morning was celebrated by the media throughout Europe in 2013 and is considered one of the best blues albums of the year. Now the band presents their second album Devils Hands. Again, charismatic lead singer and guitarist Kasper Osman shows the full range of his skills. His voice carries the band through a wild mix of rock, jazz and gospel with strong blues roots.

More and more the comparison to The Doors comes to mind, without the Mojo Makers losing their own style. The fact that the production comes from Denmark is all the more astonishing - Devil's Hands sounds like a Delta production - which they refine through skilful rock influences to such an extent that the album seamlessly follows on from the great 70s blues/rock albums. Songs like Man Fire Soul could also have been penned by Led Zeppelin or Naja from the Doors catalog. The second album of the Mojo Makers enchants already during the first listening. Passionately performed Blues-Rock with RnB, Soul, Funk and Gospel parts, by a band that is washed with all kinds of water, deeply rooted in the Blues-Rock tradition of the late 60s or early to mid 70s.

Mojo Makers can sound gloomy, but they can also step on the gas - above all, there's the vocal power of Kasper Osman, which sounds rough, dirty but also fervent, plus the fat Hammond sound of Lars Riis, who can also sound very sensitive, and the rousing, howling guitars of Kristian Hoffman, the percussive rhythm of Morten Hasum and the massive bass of Kristian Bast. They set out to revitalize the blues and reach deep into the heyday of 70s blues rock, but don't sound dusty, they already have that timeless touch. A young exceptional band in the Blues Rock genre, whose musicians have the talent and ability to make it to the top.