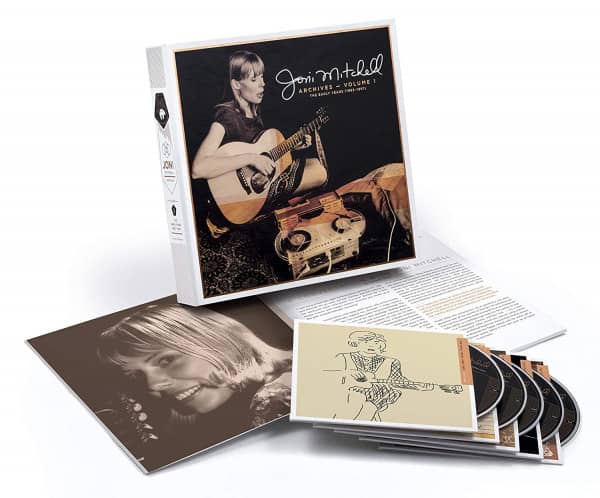 Archives Vol. 1: The Early Years (1963 - 1967) is published as a 5CD collection with almost six hours of unreleased sound recordings.
In addition to her first known recordings ever, it also includes various home demos and live recordings that portray the formative developments of her early years as a performer and songwriter.
Current liner notes with a brand new conversation between Mitchell and author Cameron Crowe complete the set.

Since her debut album in 1968, Joni Mitchell 's songs have been revered for generations, honored with every conceivable award and have been a source of inspiration for a wide range of artists around the world.
Now, for the very first time, the 77-year-old releases parts of her archive for release.
The Joni Mitchell Archives will be a series of box sets that will document deep insights into previously unreleased material from various phases of her moving career.
Mitchell personally oversaw the production of the Archives series and was able to bring her vision and personal touch to every detail of the project.

This treasure trove of unpublished audio material includes 29 original compositions that Mitchell has never before released as vocal versions.