Mississippi Heat: Footprints On The Ceiling

'Handyman', the predecessor album, was highly praised by critics, and fans alike. Regarded one of the best blues releases of 1999, it opened many doors for the band. With their new CrossCut production Mississippi Heat will win many, many new fans with their innovative interpretation of modern Chicago style blues. Bandleader is Pierre Lacocque. He's not only one of the leading exponents of innovative harmonica playing in the US today; he's also a talented and accomplished blues song writer. Along with managing brother Michel, he has discovered a new vocal talent: singer Inetta Visor, one of the best black voices I have heard in a long time. The band sounds tighter than on their last album. And the concept hasn't been changed. Carl Weathersby's guesting throughout, delivering some of the finest rhythm guitar you might expect. He's also soloing on three cuts, as well as handling the vocal parts. Also on board is vetetran singer Billy Boy Arnold. New on the guest list: 'Madcat' Ruth, one of the most powerful harp players I've ever heard. He's duelling with Pierre on 'Madcat Hop'. 'Footprints On The Ceiling' is powerful and deep, emotional and heartfelt Chicago style blues for the 21st century. We love it. I know you will too! For track details and musicians, please see 'CrossCut - The Label'. 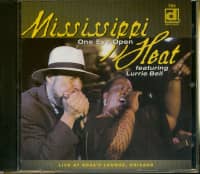 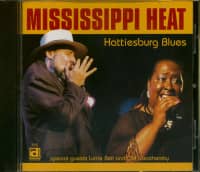 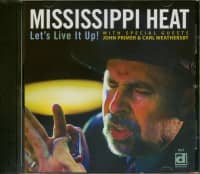 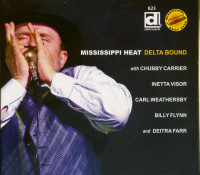 Tracklist
Mississippi Heat - Footprints On The Ceiling CD 1
01 Goin' Home
02 Jean's Jive
03 She's Got Everything
04 What Kind Of Man Is That?
05 That Ain't Love
06 Blues For George Baze
07 Caribbean Sunshine
08 Heartbroken
09 Madcat Hop
10 Hobo Blues
11 Still Havin' A Ball
12 Gonna Leave And Let Her Be
13 What Else Can I Do?
14 Footprints On The Ceiling