P Secure bonuspoints now
Description Review 0
Description
We have been working with R.J. Mischo since 1994. But never before a new Mischo album has... more
Close menu

R.J. Mischo: He Came To Play

We have been working with R.J. Mischo since 1994. But never before a new Mischo album has produced so much fun! RJ is a humorous guy, which is reflected in the album's title 'He Came To Play'. 'Rather extraterrestrial what I'm doing here!'. RJ's not the blues' retriever. He ain't no blues messiah, either. RJ won't invent something totally new. But it is his way of playing and singing the blues that's so inspiring. RJ just loves to play. And this it what makes this recording so intoxicating. You will easily put yourself right into the middle of the recording studio. 'This album was recorded live in the studio, with all musicians, amps, and drums in one room gathered around an old upright piano. Vocals were live in the room through a 1960s Shure Vocal Master, PA system.' Pretty old-fashioned. The songs: four new instrumentals ('The Switch' with its bridge is a catchy tune!); five more Mischo songs, tongue-in-cheek and virulent (lyrics are re-printed in the booklet). Additional songs are written by J.B. Hutto, Jimmy Dawkins, Sonny Boy #1, and Mr. Bo. The style is late fifties, and sixties - but always original and up-to-date - thanks must go to the first-rate musicians supporting RJ. Frank Goldwasser is one of the best. He knows every blues style ever played (check out his solo album on CrossCut ccd 11077, or listen to the Down Home Super Trio ccd 11081). The bass player and drummer are current members of Charlie Musselwhite's band, as is the youngest participant of this session, 'The Kid' Andersen. Regarded as one of he most talented players on the westcoast, The Kid's a European from Norway. And he can play! RJ's new album combines a lot of qualities: it sounds absolutely real, it delivers high-quality performances, and it was pure fun recording! This is RJ's best so far. Sure enough. 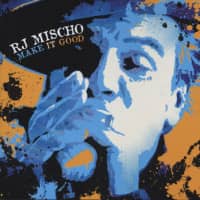 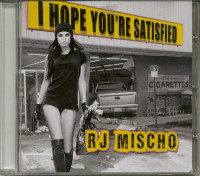