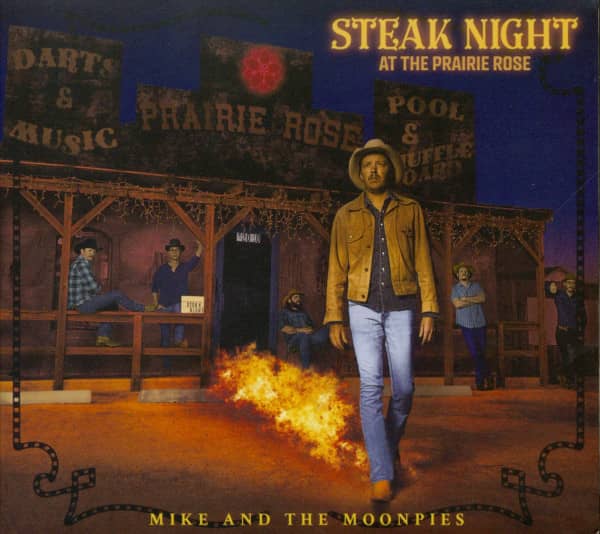 Mike & The Moonpies: Steak Night At The Prarie Rose (CD)

(Mike And The Moonpies) 10 tracks - digipac

Old-soul honky-tonkers, Mike and the Moonpies, are set to release Steak Night At The Prairie Rose on February 2, 2018.
Coming off the critical success of 2015's Mockingbird and the following year's jam-packed double-disc Live at WinStar World Casino and Resort, their forthcoming and fifth studio album is not only most ambitious effort to date, but it cohesively showcases the Austin-based band's display of irresistible, good-time spark and spirit of traditional country, classic rock sensibilities and sublime songwriting.

For this release, Harmeier wrote or co-wrote all but one of the album's ten songs (the exception being "The Last Time" by friend Jonathan Terrell). Highlights include album opener "Road Crew, " which kicks things off at Highway Patrolbaiting speed powered by the twin-engine roar of electric twang and runaway pedal steel, and the sweepingly melodic gambler's lament, "Beaches of Biloxi." 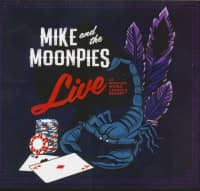