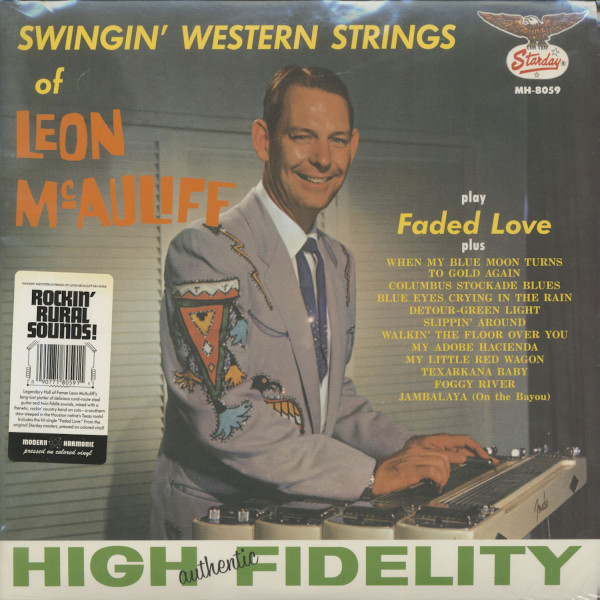 Please inform me as soon as the product is available again.
$30.86 *

Legendary Hall of Famer Leon McAuliff’s long-lost platter of delicious rural-route steel guitar and twin fiddle sounds, mixed with a frenetic, rockin’ country band on cuts—a southern stew steeped in the Houston native’s Texas roots! Includes the hit single "Faded Love." Recorded in Dallas in 1962, Swingin' Western Strings of Leon McAuliff, was a showcase for McAullif’s distinctive steel guitar playing and his skill as a bandleader as he directs his band through a dozen new instrumental arrangements of Western swing and honky tonk classics.

Mastered from the original analog mono reels and pressed on blue vinyl, Modern Harmonic says, "Take it away, Leon!" for the 21st century!