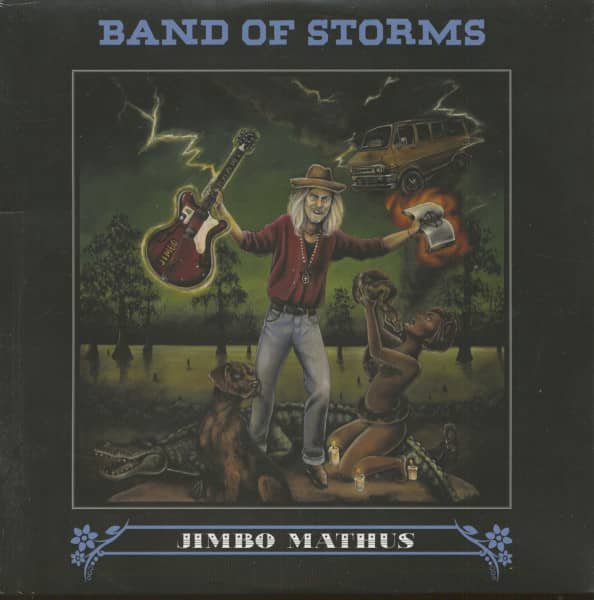 (2016/Big Legal Mess) 9 tracks.
Band of Storms is by Mississippi artist Jimbo Mathus. His twelfth studio album since disbanding his hyper-ragtime vaudeville act Squirrel Nut Zippers in 2000 and Mathus' sixth collaboration with Big Legal Mess Records owner and producer Bruce Watson. Known as a "blues mystic", the "singing voice of Huck Finn", and "the original crazy Mississippi white-boy", Mathus is also known to have produced Elvis Costello, been Buddy Guy's guitartist, and to perform over 200 shows a year for the past two decades, all while staying true to his vision of true Southern musical craftsmanship. The material runs the gamut from sleazy rock and roll (Gringo Man), brooding southern weirdness (Stop Your Crying) and straight up Appalachian mountain hollers (Catahoula)... in other words a typical Mathus/Watson collaboration. Ignore this record at your own risk.