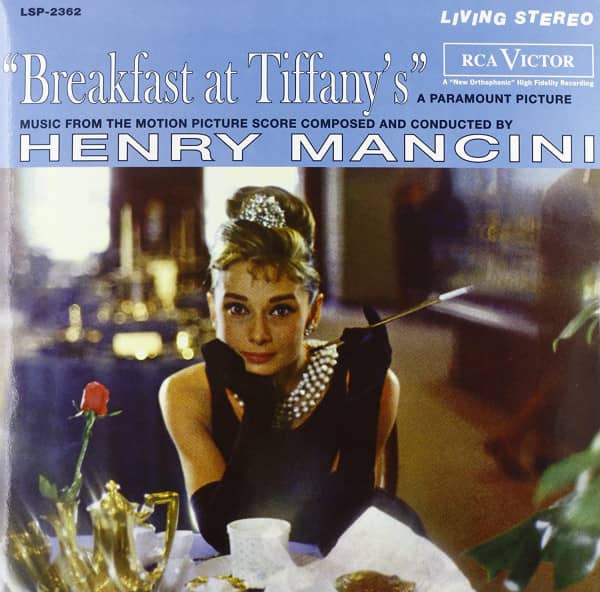 This product will be released at 30 September 2021

﻿Long nights, lavish parties, changing male company and breakfast in front of the shop window of the posh jeweller determine the life of the dazzling Holly Golightly, behind whom is hidden a deadly boring bourgeois name with a poor existence. All the richer is the musical plafond that Henry Mancini spreads out at the feet of the shrill, money-marrying bon vivant.

With the exception of the delicately melting world hit 'Moon River', Mancini and the Hollywood musicians mix a lot of sugary sound with the necessary bitters to glaze the lady's tricky personality profile. Thus, fresh big band sound is spiced up with an unruly trumpet solo ('The Big Blowout') and sweet violin melange with a suspiciously devoted male choir ('Breakfast At Tiffany's'). As is well known, there is a lot of dancing in the film, including Latin American rhythms ('Latin Golightly') and mambo grooves ('Loose Caboose'). At the end, even 'Moon River' swings up into ratcheting cha-cha drumming, as if to say that a happy ending doesn't have to sound sentimental at all.