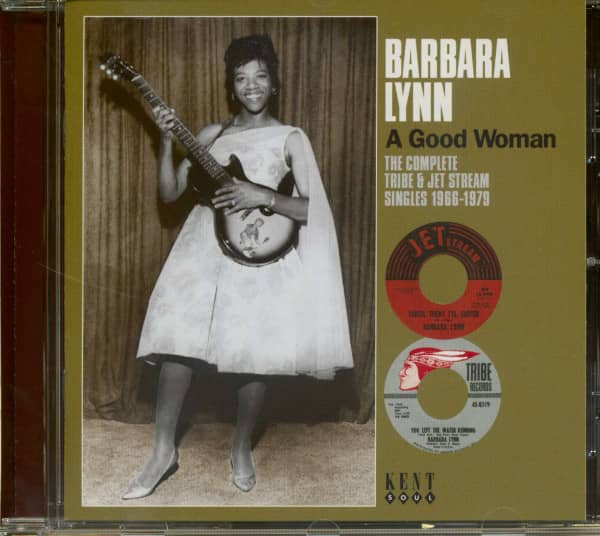 It’s a long journey from London to Fleetwood in Lancashire, but I felt it would be worth it. Barbara Lynn, one of my favourite soul stars, 38 years into her recording career, was booked to play her debut British show. A fear of flying had prevented her from visiting the UK before, so this would be my first chance to see her live. I’m glad I made the effort, as she was great that night , She sang many of the songs featured on this CD, which gathers the singles issued on her manager Huey P Meaux’s Tribe and Jet Stream labels and assorted rarities, including a pair of unissued titles.

Barbara Linda Ozen was born in Beaumont, Texas in 1942. At school she mastered the piano and ukulele, so her parents bought her a guitar – a right-handed Gibson, which the young southpaw flipped upside-down and taught herself to play, Hendrix-style. In the mid-50s she was taken under the wing of blues singer Clarence “Bon Ton” Garlow, who allowed musically inclined youngsters to hang out and rehearse at his studio. By 1961 she was creating a buzz in local nightspots with her all-girl group Bobbie Lynn & the Idols.

Her recording debut came in 1962 with ‘Dina & Patrina’, released on Eric, a small logo owned by colourful local producer Meaux, with whom she would remain under contract until the end of the 1970s. Sensing he was onto a winner, he brokered a deal for her next single, ‘You’ll Lose A Good Thing’, to be issued on Jamie, a label with superior distribution to his own. The plan paid off when the record knocked Ray Charles off the top of the R&B charts.

After three years with Jamie, Meaux switched Barbara to his own Tribe label. Many of her compositions were what might be termed women’s songs, and one would be hard pressed to find a better example than her Tribe debut, ‘I’m A Good Woman’. Barbara followed up with the original version of Dan Penn and Rick Hall’s ‘You Left The Water Running’ and a bluesy reading of the Joe Tex-penned ‘Watch The One (That Brings The Bad News)’, the kind of strong narrative number at which she excelled. Her fourth and final Tribe 45 was ‘I Don’t Want A Playboy’, another corker. A brief stay at Atlantic Records in 1968 was followed by a quiet spell, during which newly married Barbara concentrated on family life. She resumed recording in the 70s, this time for Jet Stream. Her releases for the label were sporadic, but included great numbers such as ‘Movin’ On A Grove’ and ‘Give Him His Freedom’.

The show in Fleetwood was 12 years ago now, and Barbara hasn’t been back to the UK since. Maybe one of these days I’ll make it to Texas to see her perform live again. Until then, I have a stack of 45s, LPs and CDs to remind me how great she is. “A Good Woman: The Complete Tribe & Jet Stream Singles 1966-1979” can go on top. 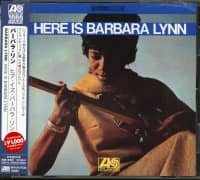 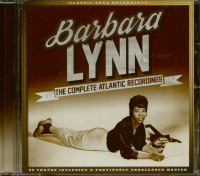