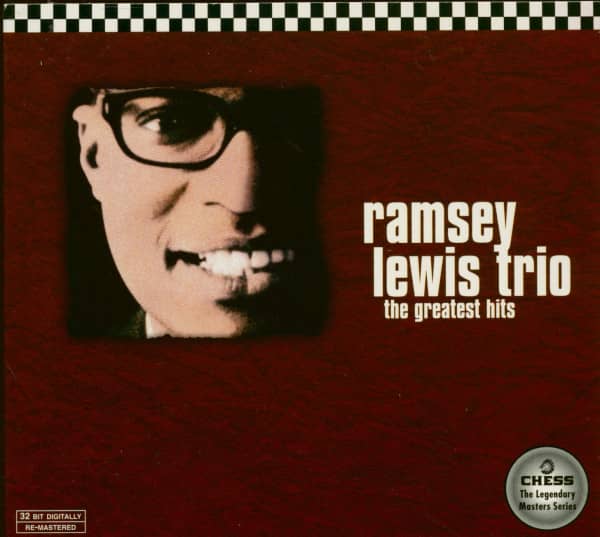 Detroit was a hip mid-'60s destination. That's where Los Angeles-based singer Dobie Gray found the inspiration for The 'In' Crowd. "I was with Monti Rock III, doing some touring on a record called 'Look At Me,' which was a regional success in places, mainly back east and some out in Texas,"  he says. "We had done a TV show and wanted to go out that night. We got into a cab, and we asked what's happening, and the cab driver said, 'Well, the in crowd is over at the 20 Grand, where Aretha Franklin is playing!' So we went over there, but that phrase sort of stuck in my mind. And when I got back to town, I got together with Billy Page, laid that title on him, and he wrote the song. His brother Gene Page arranged the whole thing." Texas-born Dobie'sThe 'In' Crowd, out on the Charger imprint, jumped to #11 R&B and #13 pop in early '65.

Meanwhile, The Ramsey Lewis Trio was specializing in a swinging brand of jazz that was uncommonly accessible to the mainstream. Born in Chicago on May 27, 1935, Lewis joined a dance septet, The Cleffs, in his mid-teens. That's where he first met bassist Eldee Young and drummer Isaac 'Red' Holt. They eventually branched off on their own, and with the help of local deejay Daddy-O Daylie, the Trio cut the first of their many albums for Chess's Argo subsidiary in 1956. "We all liked different kinds of music," says Lewis. "Not just from the jazz repertoire. We loved everything from the jazz repertoire, but we all came up in Chicago, and Chicago's always been into the blues." Their funky instrumental treatment of Chris Kenner's Something You Got first propelled the trio onto the pop charts in 1964. It wouldn't be their last trip there.

"'The 'In' Crowd" was suggested to us by a waitress in Washington, D.C.  We were sitting in this coffee shop. And we had put together all the songs that we needed for this album that we were going to record live at the Bohemian Caverns. But then somebody said, 'Yeah, but we don't have what we call a fun song. We don't have like a dance tune, or a happy tune in there,'" says Ramsey. "She said, 'Have you heard Dobie Gray sing "The 'In' Crowd"'? I hadn't; Eldee and Red had. 'We've got it on the jukebox!' That was in the days when they had jukeboxes in the coffee shop. She played it, and I said, 'Yeah, that'll work. It's fun, it's easy.' We bought the 45 and took it to the hotel-–we always brought our portable phonograph with us-–played it, learned it.

"We didn't think a lot of it. We really figured that at the end of the set we'd play this thing, and people would maybe laugh or chuckle,"  he says. "We recorded Thursday, Friday, and Saturday. We played it once or twice every night, and every time we played it, the crowd just went bananas. But even then, I didn't think much

"Leonard Chess didn't even think to make a single of it. He just put the album out. He called me--I was in Detroit at the time, it was in the late summer--and he said,

'I think you guys got a hit record!'"  It was a #5 pop/#2 R&B smash, bettering Gray's original by a wide margin. "A lot of people came up to me and said, 'I was never into jazz until I heard or bought 'The 'In' Crowd,''"  Lewis says. The Trio's treatment of The McCoys' Hang On Sloopy did nearly as well a few months later.