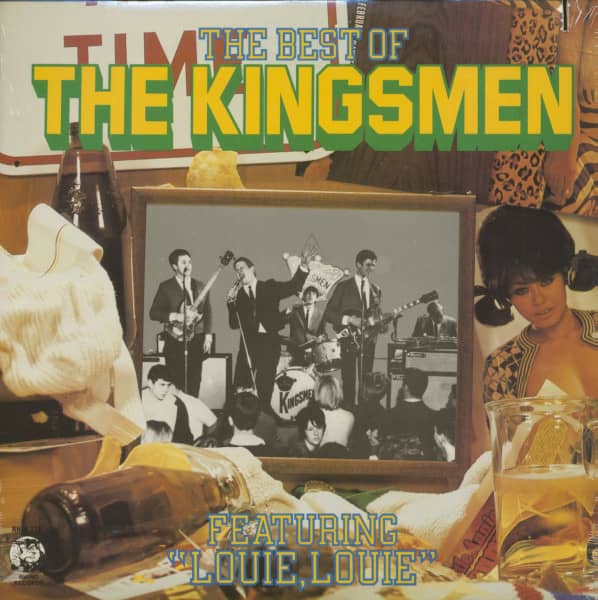 a vocal/instrumental quintet from Portland, Oregon, comprised Lynn Easton (vocals), Gary Abbott, Don Gallucci, Mike Mitchell and Norman Sundholm. Formed in 1957 at high school, they developed a reputation while employing their driving, bluesy sound on TV commercials and one-nighter tours before signing with Wand in 1963.

Review 0
Read, write and discuss reviews... more
Close menu
Customer evaluation for "The Best Of The Kingsmen (LP)"
Write an evaluation
Evaluations will be activated after verification.
Weitere Artikel von The Kingsmen
The Kingsmen: Louie Louie - The Best Of (CD) Art-Nr.: CDREP5029