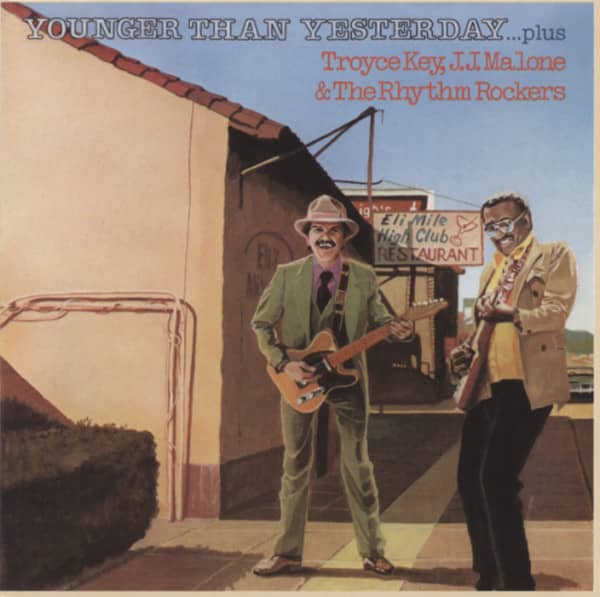 Pretty unique combo from the bay area where Troyce Key ran his Eli's Mile High Club until his death in 2004. Troyce Key,a rock'n'roller from Louisiana, started his recording career in L.A. around 1960. Eddie Cochran was playing on his first Warner 45. Soul/bluesman JJ Malone from Alabama recorded under his own name for the first time in '69. They first met in 1961, and soon after started working together as the Rhythm Kings. This group was one of the most unique and expressive west coast bands, ever. They had a great sound, rough and mellow at the same time. Great to have these wonderful sides (all minus one cus from their only two LPs) available again. A must. TROYCE KEY - gtr/voc, J.J. MALONE - gtr/pno/voc, PAUL GREEN - hca/voc, CHARLES BANKS - bass, ZAK HANSON - drums, plus horns.