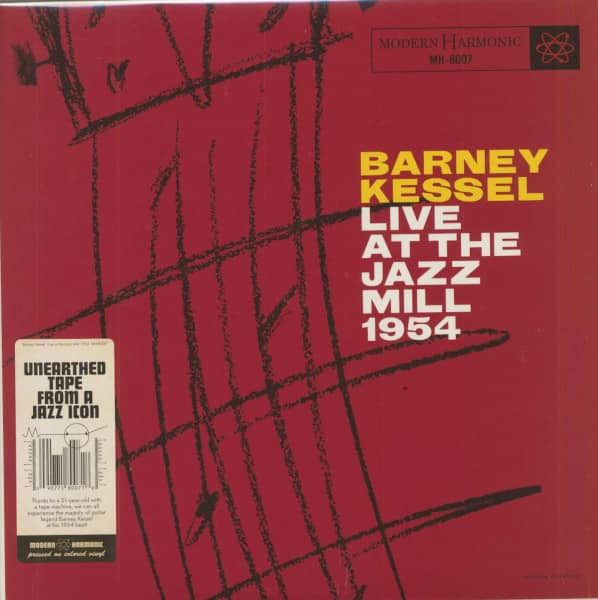 (2016/Sundazed) 8 tracks.
Unearthed tape from a jazz icon. Thanks to a 21-year-old with a tape machine, we can all experience the majesty of guitar legend Barney Kessel at his 1954 best! Even if you don't know Barney Kessel, you know Barney Kessel - as a first-string member of the group of LA session musicians nicknamed 'The Wrecking Crew', Kessel's guitar is heard on just about every LA-based hit you'd care to name from the 60s, including songs by the Monkees and The Beach Boys' legendary Smile LP. And that's Kessel's playing on the famous 'fight music' from the Star Trek TV series. He was regarded as the very best of the session guitarists by just about everyone around, and guitarists everywhere site him as an influence. But before he played rock and roll, Kessel was a jazz pioneer -- as one of the leading lights of the hard-bop movement, his jazz guitar was legendary, and he was ranked the No. 1 guitarist in Down Beat and Playboy for numerous years. He played with Sonny Rollins and Oscar Peterson (and Chico Marx -- yes, that Chico Marx!) as well as leading his own super-tight group. On albums such as The Poll Winners, Kessel defined the bop style with a jazz "power trio," creating a body of work that made him a legend. Live At The Jazz Mill is a unique artifact -- recorded on a tape recorder by young jazz fan Jack Miller, this live recording catches Barney Kessel in the middle of his run at the Jazz Mill with a great four-piece band. The collection, gleaned from a couple of nights' best recordings, features Kessel's spirited take on such Songbook classics as 'Get Happy' and 'Stardust', not to mention the Gershwin great 'Embraceable You.' It’s pressed on red vinyl and wrapped in a sleeve which captures the unique vibe of jazz graphics of the 1950s. Get with Barney Kessel, and get with a true pioneer of the jazz form!. 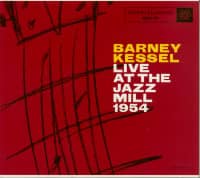 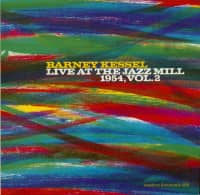 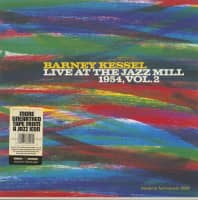