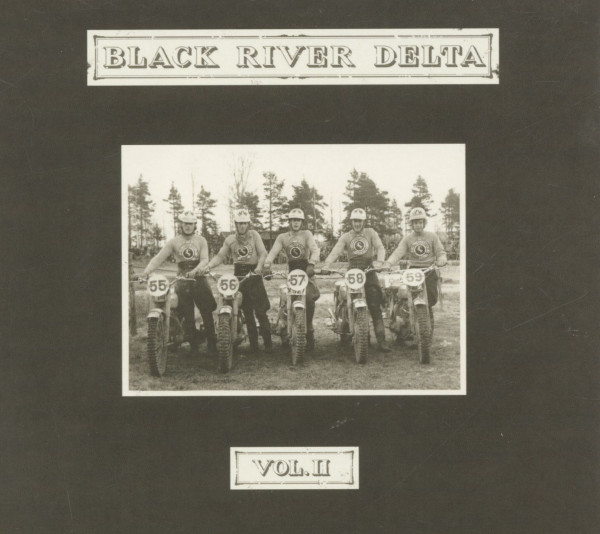 13 songs that were already fermenting in the trio's minds shortly after the release of their debut album Devil On The Loose in spring 2016. Written at home and during the many tours, whether alone or as support for the Dutch psychedelic rock grenades DeWolff. Knowing the strength of the basic recipe, Erik Jacobs, Erik Nilsson and Pontus Ohlsson have kept the basic ingredients and refined them even further.

Nilsson's driving, sometimes furious drumming, Ohlsson's fiery lead guitar riffs and Jacobs' heartfelt vocals go straight to the head and heart at the same time. So to hear and feel, for example, on the opener and first single Gun For You. Enriched VOL. II is regularly enriched by slide guitars and harmonica, as in the classic blues odes "Better Man" or Bye Bye Birdie.

For the first time on Black River Delta, you can even hear a Fender Rhodes on the new album, in the whiskey-soaked ballad Keeps Me Bleeding as well as in the closing The Last One. But the receptors are mainly stimulated by vocals, drums and the two guitars, as in the wonderfully grating and distorted Cigarettes.