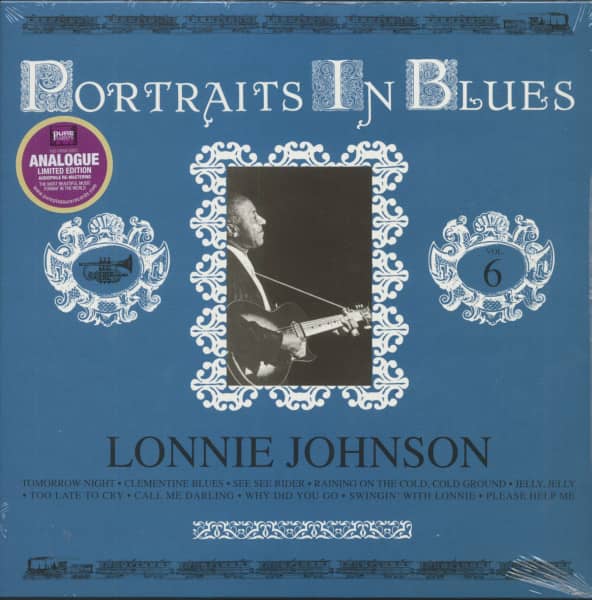 (2008/Pure Pleasure) 10 tracks.
Recordings from 1963. For more than 40 years Lonnie Johnson has played blues, jazz and ballads in his own way. He was a true creator of the blues. Johnson's impact was massive and influenced everyone, beginning with Robert Johnson, to Elvis Presley and Jerry Lee Lewis, both of whom paid tribute with their interpretations of 'Tomorrow Night'.