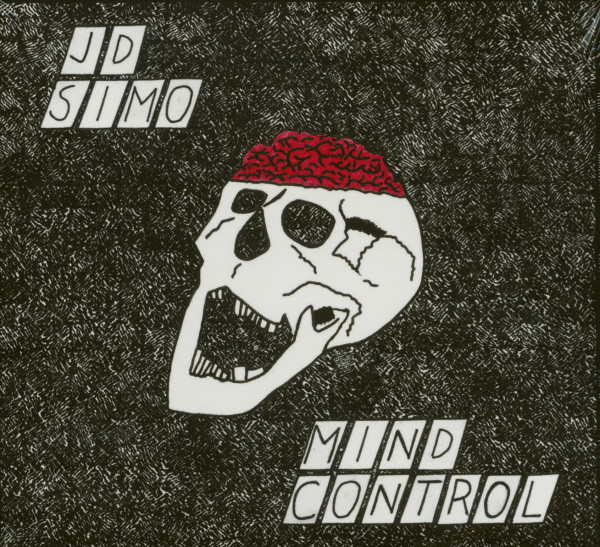 (Crows Feet Records) 10 tracks, digisleeve.
As a songwriter, guitarist and producer, he has collaborated with the likes of Jack White, Tommy Emmanuel, Luther Dickinson, Dave Cobb and Blackberry Smoke, and even joined Phil Lesh, founder of the Grateful Dead, on "Phil & Friends." Now he's coming back with his most unique, original and raw work yet, Mind Control, due out Nov. 5, 2021.

Psychedelic warps from Captain Beefheart, Funkadelic and Jimi Hendrix. The old-school blues of John Lee Hooker, Earl Hooker and Lightnin Hopkins. As well as the raw fuzzy rock of The Stooges and Nirvana.

Simo's guitar work is second to none, and his impressive and tasteful solos showcase his skill on the instrument. JD is currently on a co-headlining tour with Boston blues band GA-20.