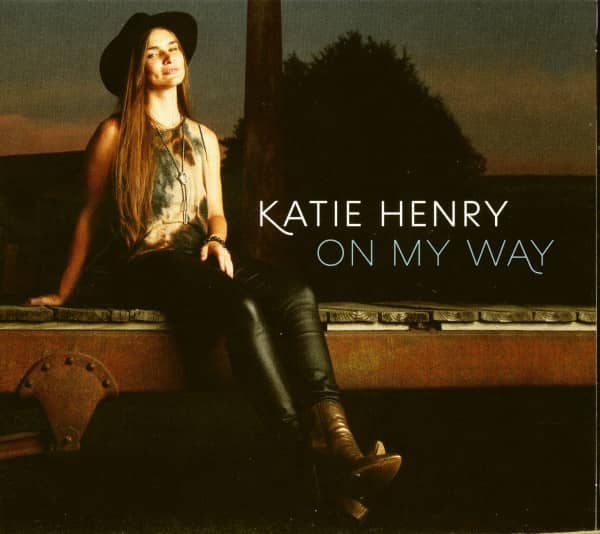 Katie Henry: On My Way (CD)

Katie Henry is making her way. The New Jersey songwriter may have started out knocking on doors, boldly presenting herself in the snake pits of New York blues clubs, playing piano until her fingers bled, and conquering the city from show to show. But lately, the multi-instrumentalist has been leaving career highlights behind at rocket speed.

There's her Blues Blast and IBMA-nominated 2018 debut album High Road, for instance. Her international breakthrough with Ruf's 2022 Blues Caravan. Her positive media response, including Henry Yates of Classic Rock, New Musical Express and the Guardian, who called her an exceptional talent to have on your radar.

Now, with the release of her second album, On My Way, Katie has stepped up another gear. Whether she's picking the strings of her trusty GIbson SG, hammering away on keys, or singing with all her fervor, these ten original compositions, co-written with bassist and slide guitar master Antar Goodwin, show her as an alchemist creating gems from the base metals of US roots music.