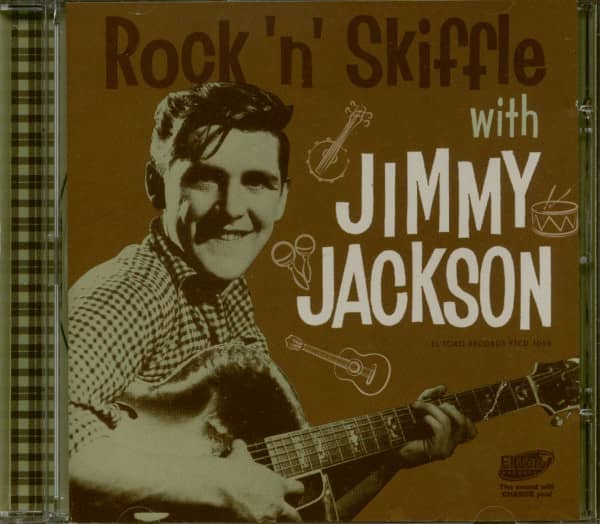 P Secure bonuspoints now
Description
Learn more about Jimmy Jackson
Review 0
Description
(El Toro) 16 tracks   Back in the early days when Swing was no longer the thing and Trad was... more
Close menu

Back in the early days when Swing was no longer the thing and Trad was just sad, British teenagers had a voracious appetite for the latest scene. Something new, fresh, exciting and all theirs.

Skiffle was briefly in vogue and this compilation brings together the recordings of singer Jimmy Jackson during his fleeting recording career for Columbia.

Skiffle came and went and Jimmy never made it to the very top but he left us this reminder of when Brit Pop was all about that tea chest bass and a washboard.

Glaswegian Jimmy Jackson could have been one of those luminaries.
Born in 1935, he found music at an early age and by the tender age of 15, was already playing drums and singing with local bands. With patriotic fervour, he signed up for the Royal Air Force for 12 years at the age of 17, by which time he was also playing guitar. Four years later in 1956, he was a corporal drill instructor stationed at a camp near Bedford, where Trad Jazz band leader Mick Mulligan heard him singing with a band at his RAF camp and invited him to guest the following week with his outfit at a gig in Liverpool.

Jimmy's lost minute addition to the programme was a roaring success and Mulligan subsequently remained a supporter and friend. Jimmy took a little break in January 1957 and headed for the bright lights and smoky nightclubs of London, where he sat in at the swinging places of the day, At the 2 l's coffee bar. It paid off as he was spotted by Jazz guitarist and writer Nevil Skrimshire, who also did some talent scouting/record plugging for Columbia (EMI) and subsequently achieved notoriety as the mon who turned down the Rolling Stones, telling Mick Jagger: "It would be fine, if only you could sing".

Obviously, Jimmy could sing and he was enthusiastically signed to Columbia Records, who bought him out of his commitment to the RAF. It would appear that Columbia were covering all tho bases with their label of 'Rock n' Skiffle' for the young Jimmy, as they groomed him to grab a piece of tho sizzling skiffle action. Jackson's first releases in 1957 were a single, California Zephyr (b/w I Shall Not Be Moved), followed closely by an EP with those two tracks plus Good Morning Blues and Lonely Road. In May and June of the same year, a further two singles were released, a rather limp cover of Eddie Cochrane's Sittin' in The Balcony (b/w Good Morning Blues) and River Line (b/w Lonely Road), which unusually put an instrumental on the A side of the single.

Still later that year in October, a further single was released, White Silver Sands b/w Build Your Love (On a Strong Foundation). 1958 saw the release of Jimrny's second EP Country n' Blues, the title of which was perhaps a rnote accurate representation of Jimmy's style. It features the tracks Midnight Train, Western Plain, There's a Time for Moving and Reckon I'll go too. And finally that year, two singles: one featuring the songs Love-A Love-A Love (b/w Photographs), which were much morn poppy Rock and Roll offerings and a full on rabble rousing skiffle single with covers of the gospel/spiritual standards This Little Light of mine (b/w Swing Down Sweet Chariot, both energetic up tornpo numbers with backing vocals.

He also did some touring with the Six-Five Special concert programme, featuring some of the stars Cron, the BBC's first youth music TV programme of the some name. Across tho range of musical styles, there was enough variety to latch onto at least ono bandwagon and find a hold but there was no real commercial success. Jirnmy's other Skiffle compatriot, fellow Glaswegian Lonnie Donegan became The much lauded King of Skiffle and an MBE to boot but perhaps Jimmy's heart wasn't in it and he disappeared from the public's eye leaving to these recordings for us to tap our toes, as we start looking around for a spore washboard... 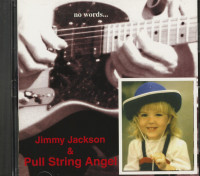