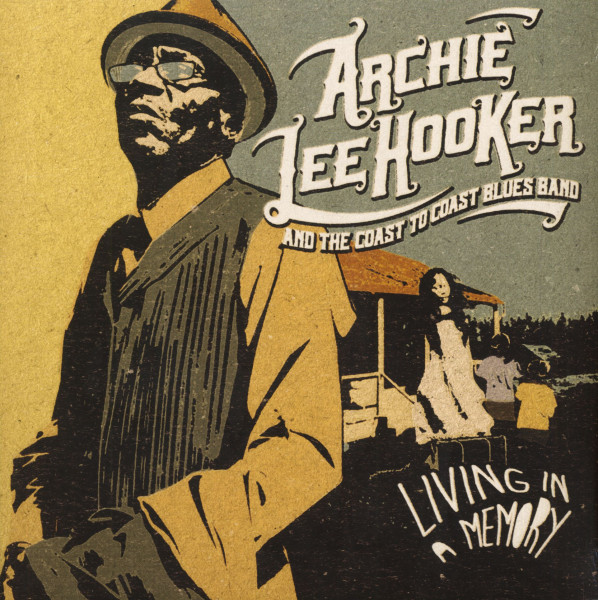 (Dixiefrog Records) 10 tracks
Born on Christmas Day 1949 in Lambert, Mississippi, Archie Lee Hooker grew up the son of a sharecropper.
When he moved to Memphis, Tennessee at the age of 13, his life changed abruptly. In this world with an abundance of new opportunities and sources of inspiration, he first began singing with his gospel group, The Marvellous Five.

But in December 1989, his passion for the blues emerged. During this time, Archie lived with his uncle John Lee (the Boogieman himself) until his death in 2001. Due to the fact that he was always surrounded by dedicated, talented and influential musicians at John Lee's, Archie matured the desire to process his own life experiences in music and thereby leave a lasting impression.

Although he went to France in 2011 to tour Europe with Carl Wyatt & The Delta Voodoo Kings, one day he made the decision to have only the right musicians by his side. He wanted a team that resembled the chemistry and cohesion of a family. With Archie Lee Hooker & The Coast to Coast Blues Band, named after the old John Lee's Coast to Coast Blues Band, he found that team.

Ultimately, every song and performance that Archie Lee Hooker & The Coast to Coast Blues Band creates paints a stunning picture that inevitably evokes strong emotions and incredible appeal.
The band is always on point when it comes to delivering remarkable, authentic music with full passion, immense drive and singular determination.