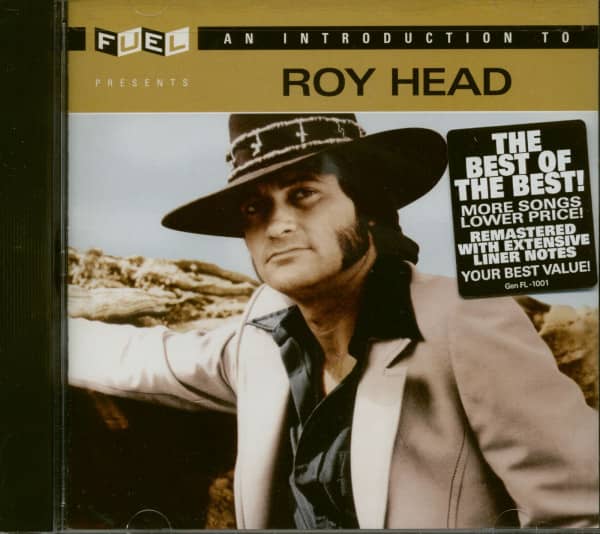 Texas was the ultimate musical melting pot. Blues, country, R&B, and rockabilly melted together to spawn blue-eyed soul men like Roy Head, who blended those influences into a horn-leavened sonic attack and an astonishing stage show with spectacular stage moves and mic stand tricks. R&B audiences initially thought Roy was one of their own when his Treat Her Right vaulted to #2 R&B and pop. "I remember coming on stage at the Apollo Theatre," he says. "I was working with the Joe Scott band. People were going, 'Yeaahh!!' I walked out and it was (silence). 'God,' I thought. 'What the hell?!?' I mean, just night and day. But when I did the first few flips and some of the mic stuff, hell, they were up in the seats screaming!"

Born September 1, 1941 in Three Rivers, Texas, Head was a big R&B fan. "Etta James, Bo Diddley, Jackie Wilson, naturally James Brown. Joe Tex is the one that taught me all the mic stuff,"  he says. "Thanks to Edra Pennington, who owned a funeral home in San Marcos, Texas, I put me a little band together, and we started playing like little talent shows, etc. And we started winning. So we formed a group called Roy Head & The Traits in 1958."  The group debuted on Bob Tanner's San Antonio-based TNT Records in '59 with the regional hit Baby Let Me Kiss You One More Time. "Things just escalated from there," he laughs. "We played a lot of chicken-wire bandstands!"  After several TNT encores and a couple more for Renner, Head hooked up with Houston producers Charlie Booth and Huey P. Meaux.

"We went in the studio, Gold Star Recording Studio, over on Brock. For $500, we cut 'Treat Her Right,'" says Roy. The anthem was originally saddled with the unlikely title of Talking About A Cow. "My bass player, Gene Kurtz, at the time, said, 'Look. Make this about a girl. Get out of the country, and we might sell some records!'" says Head. "Charlie Booth and Huey Meaux knew Don Robey. Charlie Booth really was the one that laid the record down in the studio. Then we took it to Huey. Huey liked it. Huey naturally was the engineer on it. He shopped it to Don Robey and Don Robey bought it."  Released on Robey's Back Beat Logo, Treat Her Right got Roy on several national TV shows--'Shindig!', 'American Bandstand'—to showcase his wild stage gymnastics.

Head briefly battled himself on the pop charts right after that, his covers of Just A Little Bit and Get Back that Meaux had peddled to Scepter fighting for prominence with his freshly cut Back Beat 45s Apple Of My Eye and My Babe. Along the way, The Traits imploded. "My group sued me for six-sevenths of everything I made, because they didn't want to travel. I had all these tours offered and all this, and they all had different occupations,"  he says. "So I just quit singing for about a year. Which was really--well, you can tell I'm country. It wasn't real sharp."  Roy rejuvenated his career during the '70s by going country. "I was hungry,"  he says. Today, he's back to belting R&B. And yes, he still does a backflip at show's end. 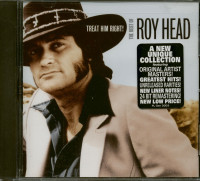 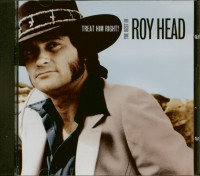