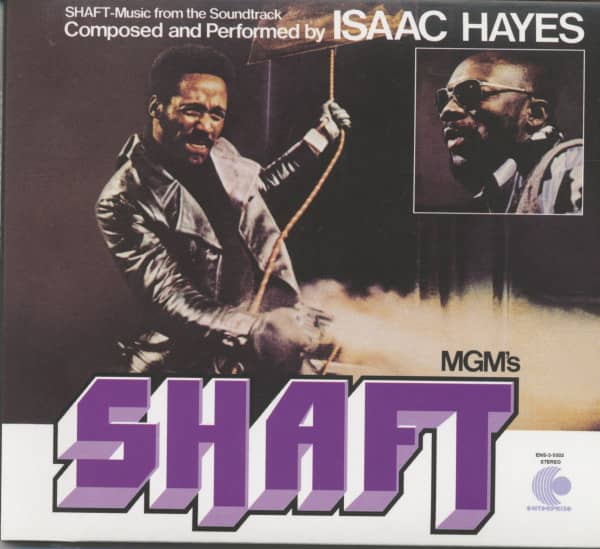 (Craft Recordings) 37 tracks, digisleeve, Original music by Isaac Hayes for the film of the same name by Gordon Parks,
incl. booklet with liner notes
While the original soundtrack of Shaft reached #1 on the US Billboard charts, won a Grammy for Best Film Score, and the Theme from Shaft even won the Oscar for Best Original Score, Isaac Hayes returned to Memphis after recording in Los Angeles to re-record the songs to be released as a soundtrack, because the music from the soundtrack and the film were not the same.
It took 48 years, but finally both the music from the film and the soundtrack can be heard in one piece.