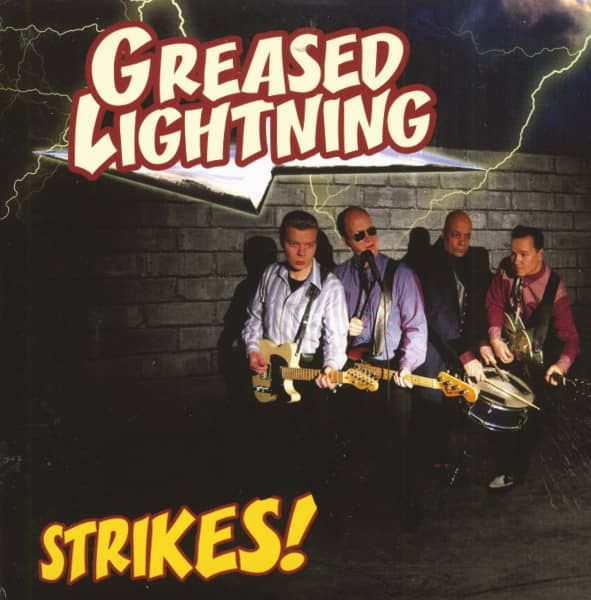 (Drainpipe Records) 6 Tracks - Digisleeve
Greased Lightning, Teddyboy Rockabilly from Finland, are Jari 'Harvey' Haavistola (vocals & bass), Hannu 'Hande' Pussinen (drums & vocals), and Harri Suhonen (guitar). Harvey and Hande are very experienced musicians:
Harvey has played with the Silver Bullets and the Cast Iron Arms, Hande (a musician for over 30 years) has played in the past with the Cosh Boys, Happotedit, Fever, C.C.Ganes and Duke & the Vi-Kings.
Harri Suhonen previously played with the Flat Hats.

Greased Lightning has been rocking now since 2006, not only in Finland, but also on international festivals they had gigs with music greats like Crazy Cavan 'n' the Rhythm Rockers, Vernon & the G.I.'s, Foggy Mountain Rockers, Black Raven and Johnny and the Jailbirds, just to name a few ... 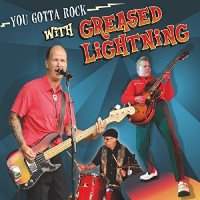