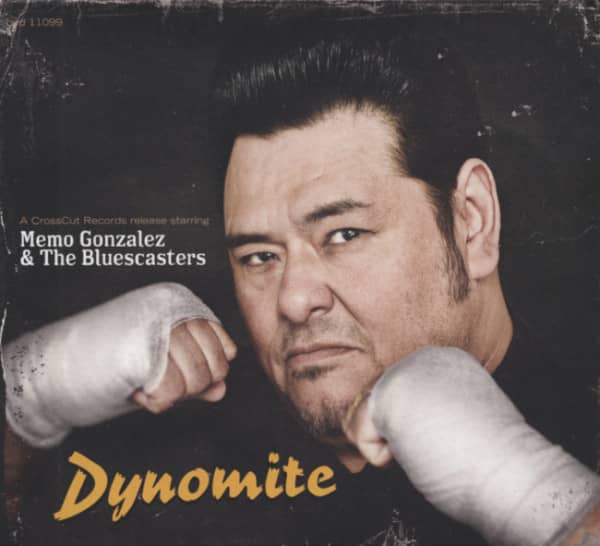 New studio album, featuring one of Europe's most successful international line-ups. Since joining efforts in the mid-nineteen-nineties, front man Memo Gonzalez from Texas and the Bluescasters have been performing their unique blend of deep blues, swing, a little rock, plus soul and funk to an enthusiastic audience in Europe and the U.S.A. 'Dynomite' is focusing on the songs. Mostly originals, the majority of tunes were collectively written by Memo and guitar player Kai Strauss. Right from the opening tune, you'll hear the band's new mix of funky soul and bluesy grooves. Empowered by Kai Strauss' (Germany) supreme guitar riffs and licks, supported by Erkan Özedemir's (Turkey) pulsating bass lines and Henk Punter's (The Netherlands) steady beats, Memo Gonzalez (U.S.A.) continues to tell his stories of life. He's yearning and suffering, he's fighting and he's furious. Then again he sings and plays the harmonica with passion and irrepressible energy. Beyond doubt, Kai must be regarded one of the best blues guitar players, worldwide. His playing is intense and powerful. He covers a wide range of stylistic refinement, and he never overplays. Plus he puts his heart and soul into his playing. With Henk and Erkan the Bluescasters are featuring one of the strongest European blues rhythm sections. Powerful and soulful new release!