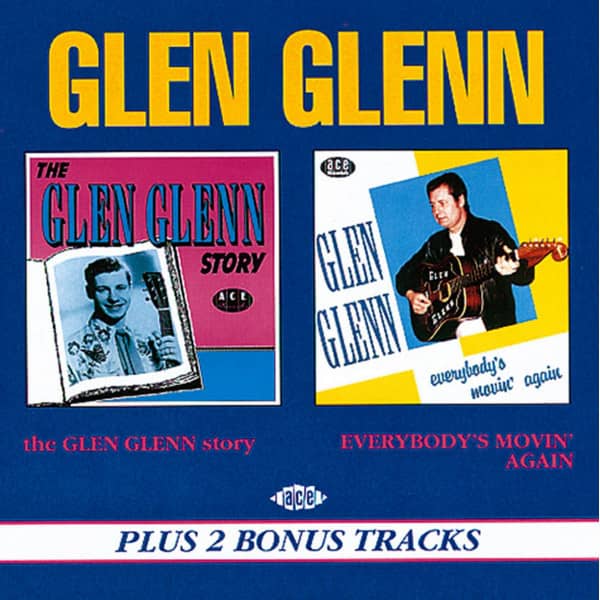 (Ace Records) 50's ERA label material backed with his comeback LP cut in 1984.
-
This fine twofer is very much tied in with Ace’s history, especially with our original Chiswick label. The first album on Chiswick in 1977 was 'Hollywood Rock’n’Rol'” which contained some tracks by Glen Glenn that attracted appreciative reaction from European fans. Ace founder Ted Carroll met Glen near Los Angeles soon after and was able to assemble a new album that included alternate takes of his best-known songs plus some radio and TV performances.

This was issued as 'The Glen Glenn Story' in 1982, once again to much acclaim around the UK and Europe, which spurred Glen to return to the studio to make a new album, 'Everybody’s Movin’ Again', released on Ace in 1984. Glen Glenn, real name Glen Troutman, was born in Missouri in 1934. Being raised near the Ozark Mountains meant that any musical career would have at least a country slant, but a move toSan Dimas, California brought fresh influences into the mix. He befriended guitar player Gary Lambert, and by 1954 they were working as a duo named Glen & Gary, The Missouri Mountain Boys, playing local dances and jamborees. They learnt a good deal of road craft as part of the Maddox Brothers’ touring show.

Glen’s break as a rockabilly soloist came in early 1958 when he recorded ‘Everybody’s Movin’’ at Gold Star studio in LA, backed by Eddie Cochran’s bassist Connie “Guybo” Smith. Released on the Era label, the record became a strong seller. The follow-up, ‘Laurie Ann’ / ‘One Cup Of Coffee’, sold even better, but Glen’s career was interrupted by a two-year spell in the Army, although 1959 saw the release of another splendid rockabilly double-sider, ‘Would Ja’ / ‘Blue Jeans And A Boy’s Shirt’. All these releases featured distinctive rocking guitar work that rivals anything from the period. The material on the first album here includes strong versions of ‘Baby Let’s Play House’, ‘Be-Bop-A-Lula’, ‘Shake Rattle And Roll’, ‘Treat Me Nice’ and ‘I Got A Woman’.

The 1984 album contains excellent covers of songs by Roy Orbison, Wayne Raney, Larry Williams, Johnny Cash and Hank Williams alongside Glen’s new version of the title track. The fine old-style rockabilly feel was achieved by Glen calling in Gary Lambert and Connie Smith, both of whom had played on his original Era recordings. Unsurprisingly, the results captured all the spirit of the 50s with drummer Ernie Lopez providing a fine framework for the many hot guitar licks, making the album one of the best and most convincing rockabilly remakes you could hope to find. 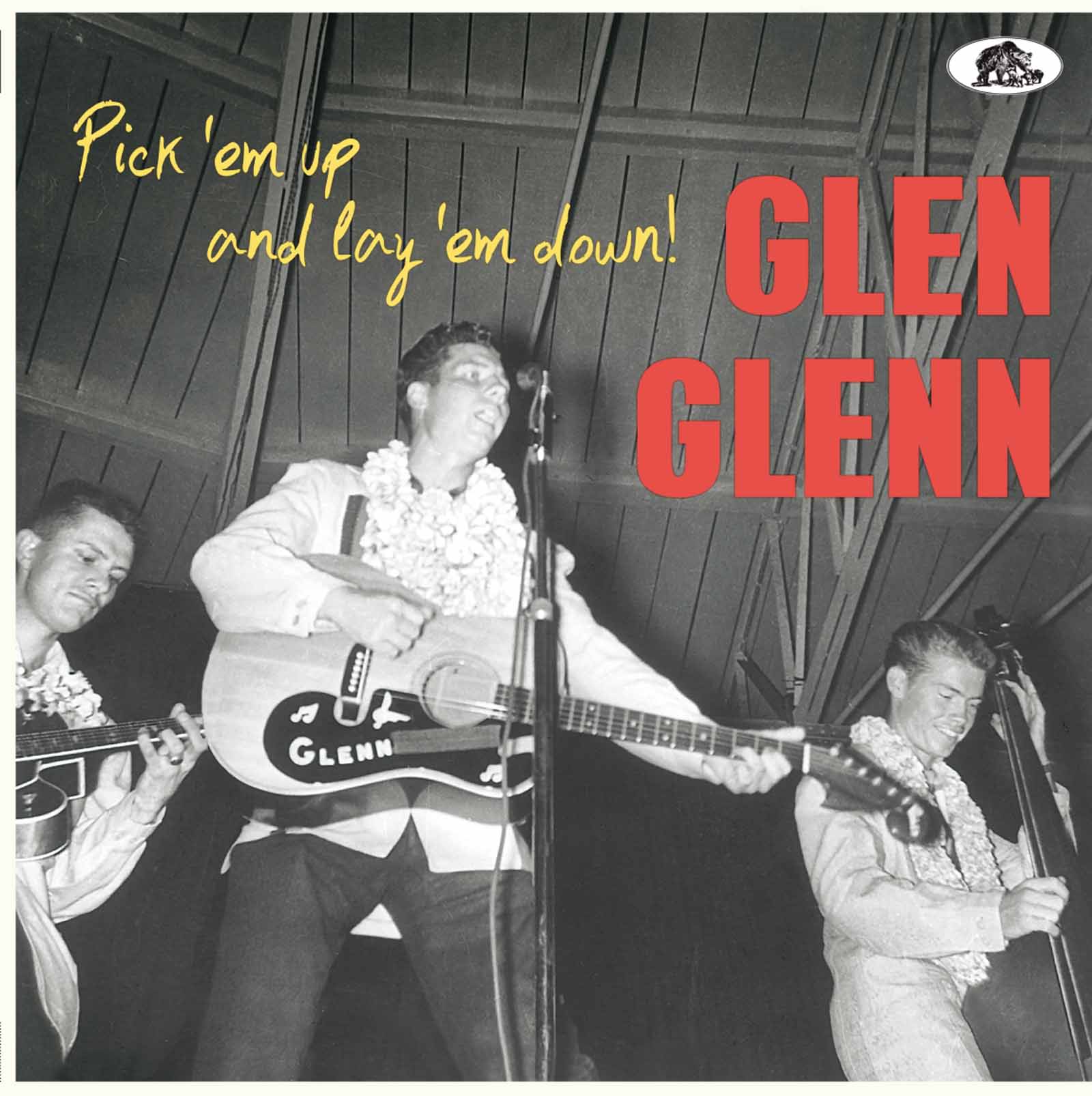 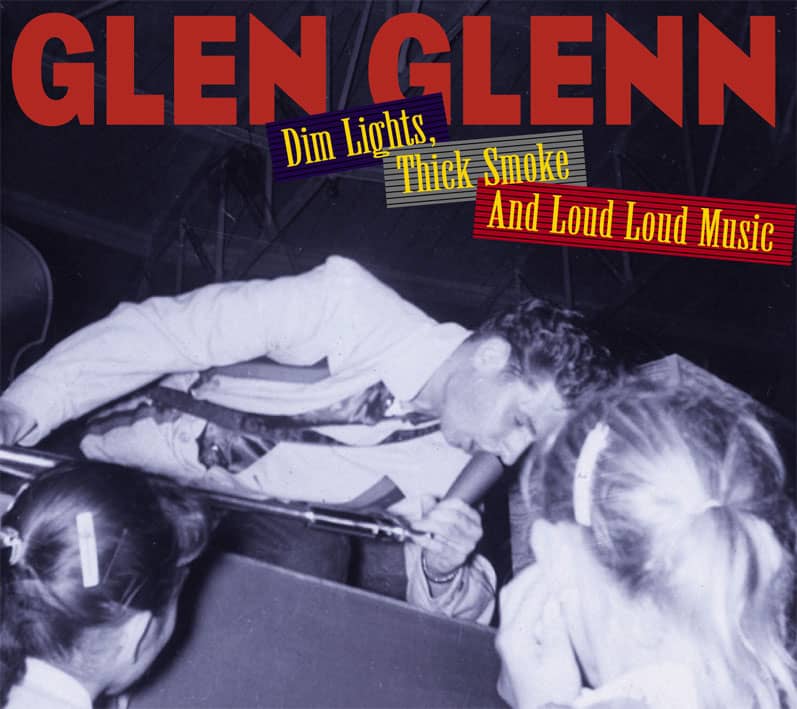