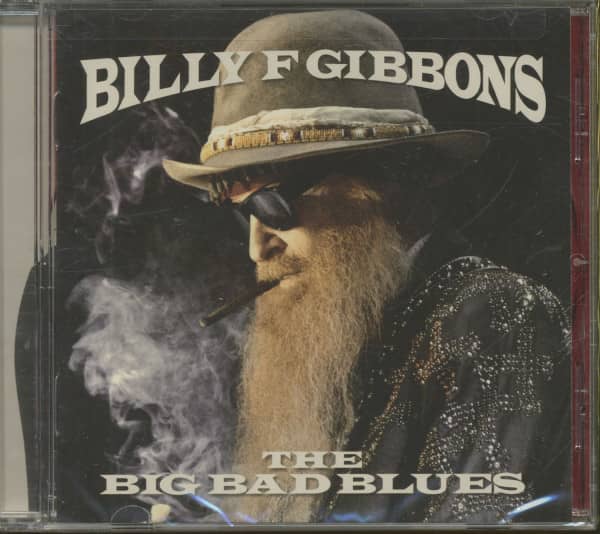 (Concord Records) 11 tracks
Billy Gibbons has been on the road with the legendary blues band ZZ Top for almost 50 years now. On September 21st he will release his second solo album 'The Big Bad Blues'. In addition to new compositions by the singer, the album will also feature cover versions of selected blues classics, including the first official single "Rollin' and Tumblin'", originally by Muddy Waters and already released today.

Right from the beginning the blues was the most important inspiration for Billy Gibbons and nothing has changed. 'In this art form lies something very natural, original,',Gibbons says. 'No one can escape the attraction that these licks have!' After the success of his first solo album 'Perfectamundo', which was released in 2015 and had a Cuban touch, John Burk, president of Concord Records, quickly made the proposal to record a second solo album, which would again concentrate fully on the blues.

A band was quickly put together: From the heart of Texas, Hammond organ specialist Mike Flanigin appeared on the scene, bassist Joe Hardy - according to Billy Gibbons a 'master of the Fender bass guitar' - underpinned his foundations with plenty of funk feeling. Greg Morrow and Matt Sorum worked on the drums, Austin Hanks contributed the appropriate riffs with his left-handed six-string electric guitar. Gibbons himself was responsible for the harmonica parts on the album together with James Harman.