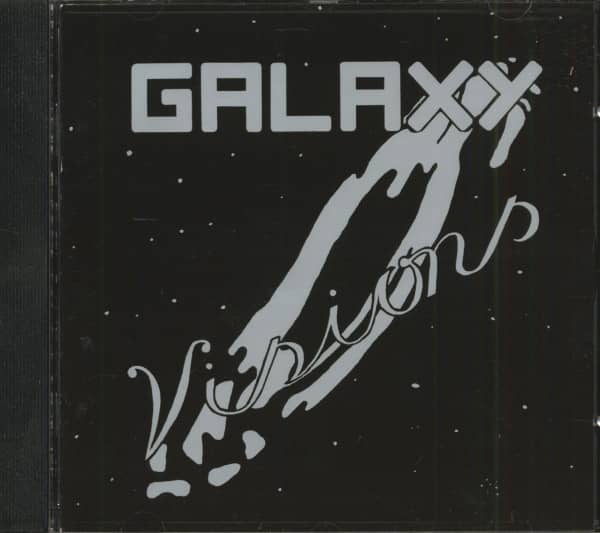 P Secure bonuspoints now
Description Review 0
Description
(Garden Of Delights) 8 tracks Galaxy from Bremen were rediscovered only at the end of the... more
Close menu

(Garden Of Delights) 8 tracks
Galaxy from Bremen were rediscovered only at the end of the nineties and are little known in collector circles until now; because their only LP, "Visions" (SST / PR 020978), had an edition of only 500 copies, and even during their "lifetime" they led a wallflower existence in their hometown, with just 10-15 gigs in total.

But completely unjustified, because their record is more than well done, and except for the somewhat silly "Consequences" throughout a listening pleasure. Echoes of Hawkwind are unmistakable, and a dash of art rock goes well with it.
If you listen to the lyrics, you will notice that they are mostly from the science fiction genre. So the name of the group, the title of the record and the cover picture - an alienated Milky Way - become understandable. There is only a coincidental name similarity with Galaxy from Oberursel.