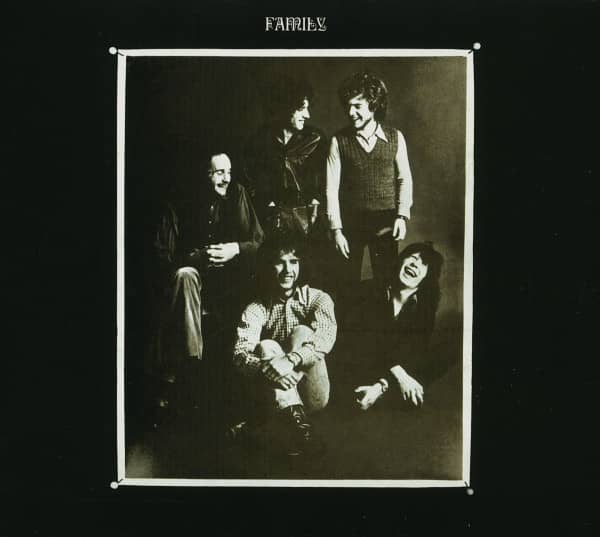 (Esoteric) 26 tracks, digipack
"A Song For Me", recorded at Olympic Studios in late 1969 and released in January 1970, marks a new chapter in the band's history. The middle months of 1969 had been a traumatic time due to the departure of bassist / violinist Ric Grech to the supergroup Blind Faith and the dismissal of saxophonist Jim King. As a result, vocalist Roger Chapman, guitarist John 'Charlie' Whitney and drummer Rob Townsend recruited bassist and violinist John Weider (previously with Eric Burdon And The Animals), and multi-instrumentalist John 'Poli' Palmer (previously with Blossom Toes and then Eclection) joined as vibraphonist, keyboardist and flutist.

As a result of the lineup change, Family's musical characteristics continued to evolve, and "A Song For Me" was a wonderful showcase for the reborn band. Upon its release, the album reached number four in the UK charts and brought the band further success in Europe.

This new two-disc edition of this classic album has been remastered from the master tapes and also includes 14 bonus tracks from singles and BBC radio sessions from August 1969 and January 1970. This release also includes an illustrated booklet with a new essay and is a fitting tribute to a much appreciated band.

Article properties: Family (Roger Chapman): A Song For Me (2-CD)